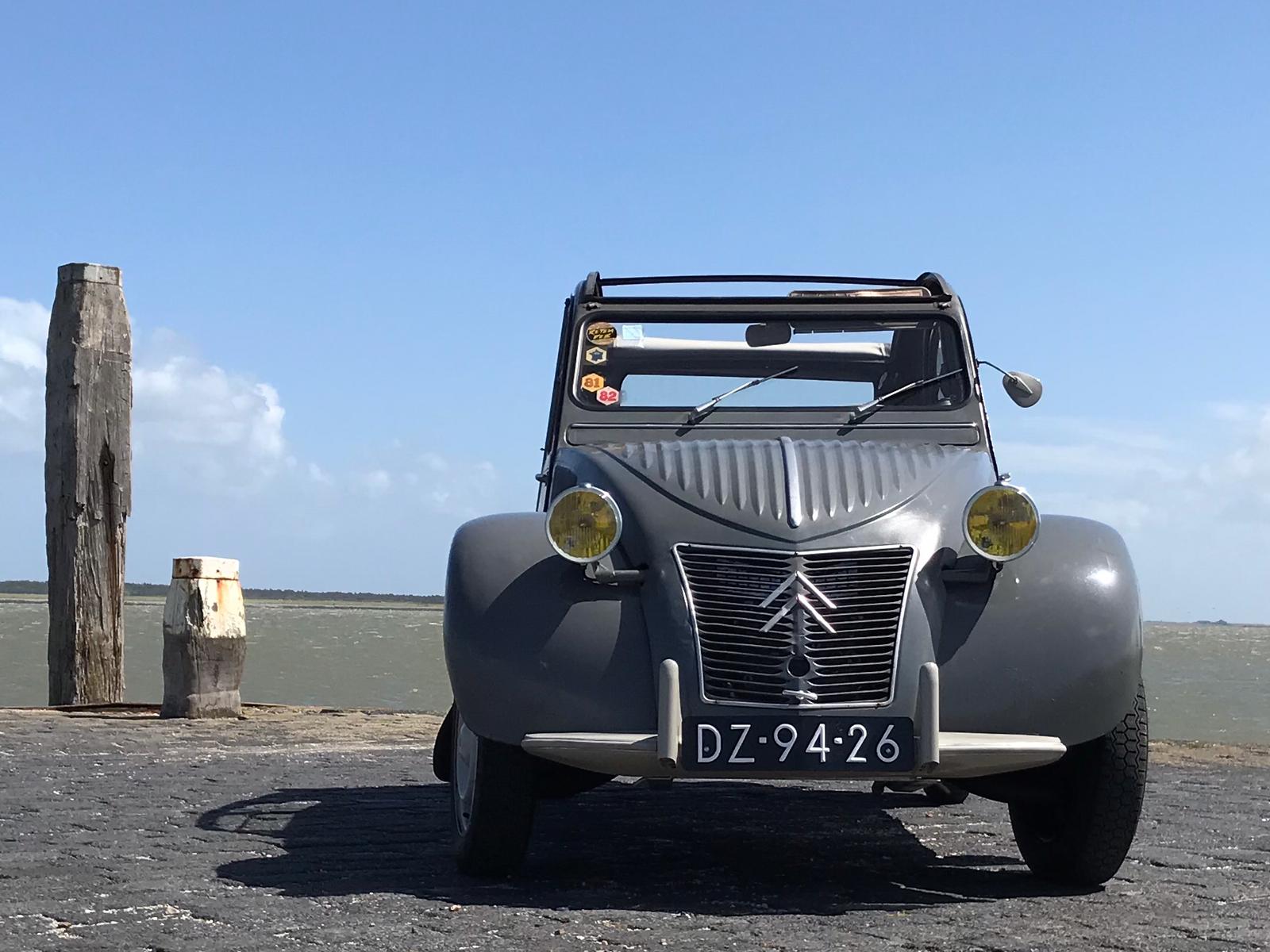 What else did we build on our EV chassis? This ripple bonnet 2cv!

Our customer wanted, next to his other classics, a nice authentic ripple bonnet 2cv. Because of its appearance, preferably nicely weathered. He found the somewhat slow 12hp engine, the accompanying lack of speed, the noise and the inevitable puff of burnt oil less attractive.

He lives one of the Waddeneilanden and wanted to be able to drive between the walking and cycling tourists, without being ashamed of inconveniences that were more accepted in the 1950s and 1960s. A charming old look, but with modern technology. Since the islands have the most sun hours in the whole of the Netherlands and there are enough solar panels on the roof, electric propulsion was considered. After a test drive with our 2cvE it was clear, this had to be it.

We managed to find a suitable car. Beautiful matte original paint on the body, interior with nice wear. And a bad chassis and a worn engine; exactly the right candidate.

Our EV chassis equipped with a 27kWh battery pack became the basis. The suspension, brakes and tyres were adapted to the increased engine power. The body was changed as little as possible, so as little as possible was visible of the conversion. Just because it’s fun to trick people…

It is ready and makes its drives around the island, for daily shopping or a ride to the beach.