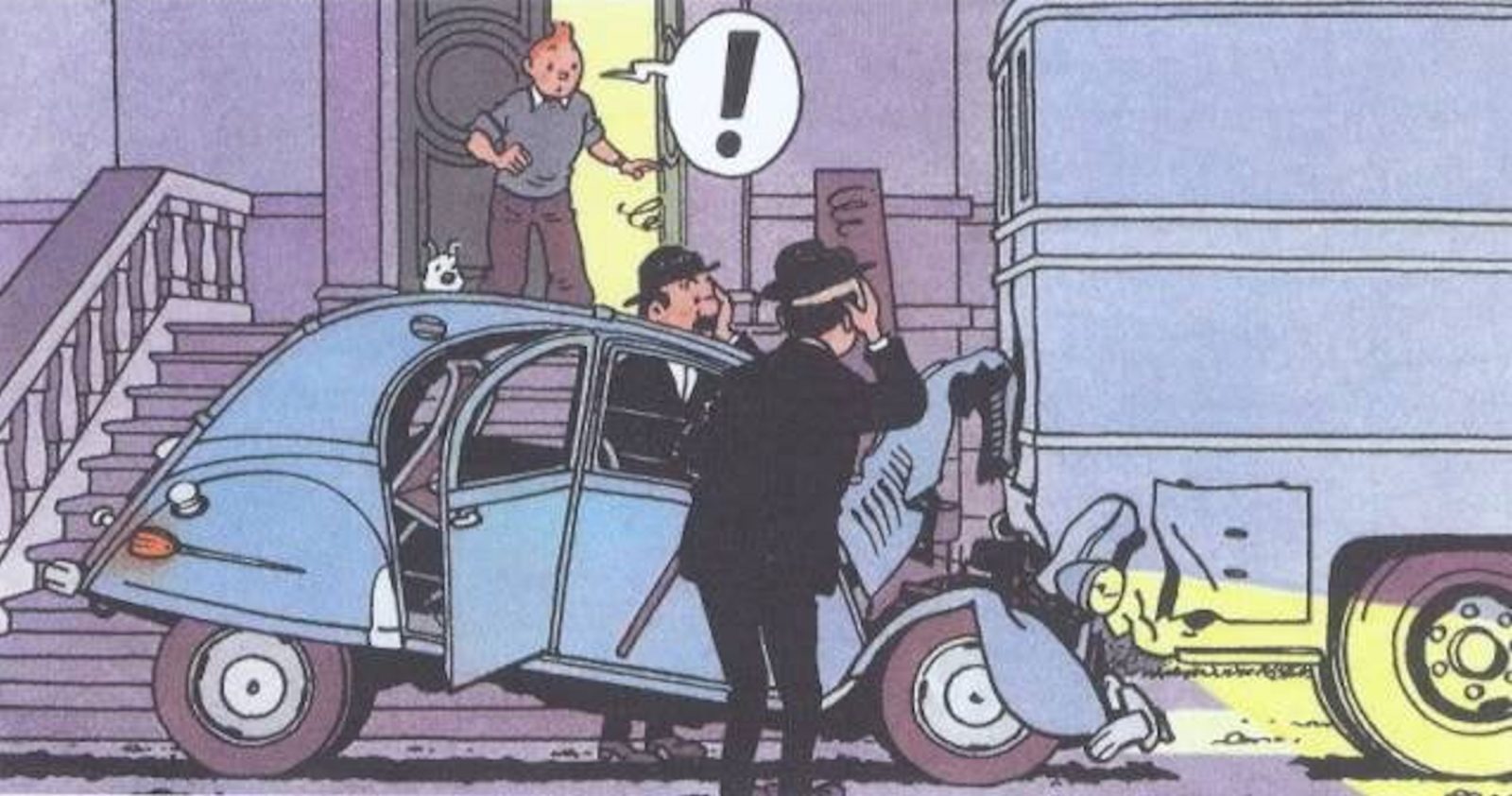 We found the 2cv of Thomson and Thompson! You probably read the comic, the Castafiore Emerald, one of Tintin’s adventures. In the specific scene our (anti) heroes with bowler hats drive up with a light green 2cv AZL, of course from the Belgian factory, and hit the rear-end of a truck.

This type of 2cv’s was only produced in Belgium, only for the Benelux and some other countries. They weren’t available in France, their models were more modest an only available in grey. The AZL was the summum of luxury back then (for a 2cv, that is): a lot of shiny details, seat frames in the exterior color, a boot lid, rear lights on the wings and all kinds of Belgian production-specific parts. Like the steering wheel, the specific Tartan seat covers and the dashboard with water tap-shaped switches.

We had quite a lot of them here back then, but now they’ve become quite rare. Certainly in this condition, only 21.000km and in completely original condition. We found it for Holland’s most beautiful museum, Edwin Groen’s 2cv collection. It was with another collector, but until a few years ago it was still parked in a garage with its first owners family. It was bought in ‘55 at Garage de la Collégiale in Nivelles (Belgium). Until the mid-sixties it was driven, then tucked away in a dry garage. It has been very well preserved, with some marks of use. On the rear bench these were caused by the families cat, which was allowed to sleep in it occasionally.

You probably already understood it was not really Thomson and Thompson’s car, but be clear; these gentlemen didn’t really exist and the 2cv should have been totaled at the front…. To see more pictures,  click here