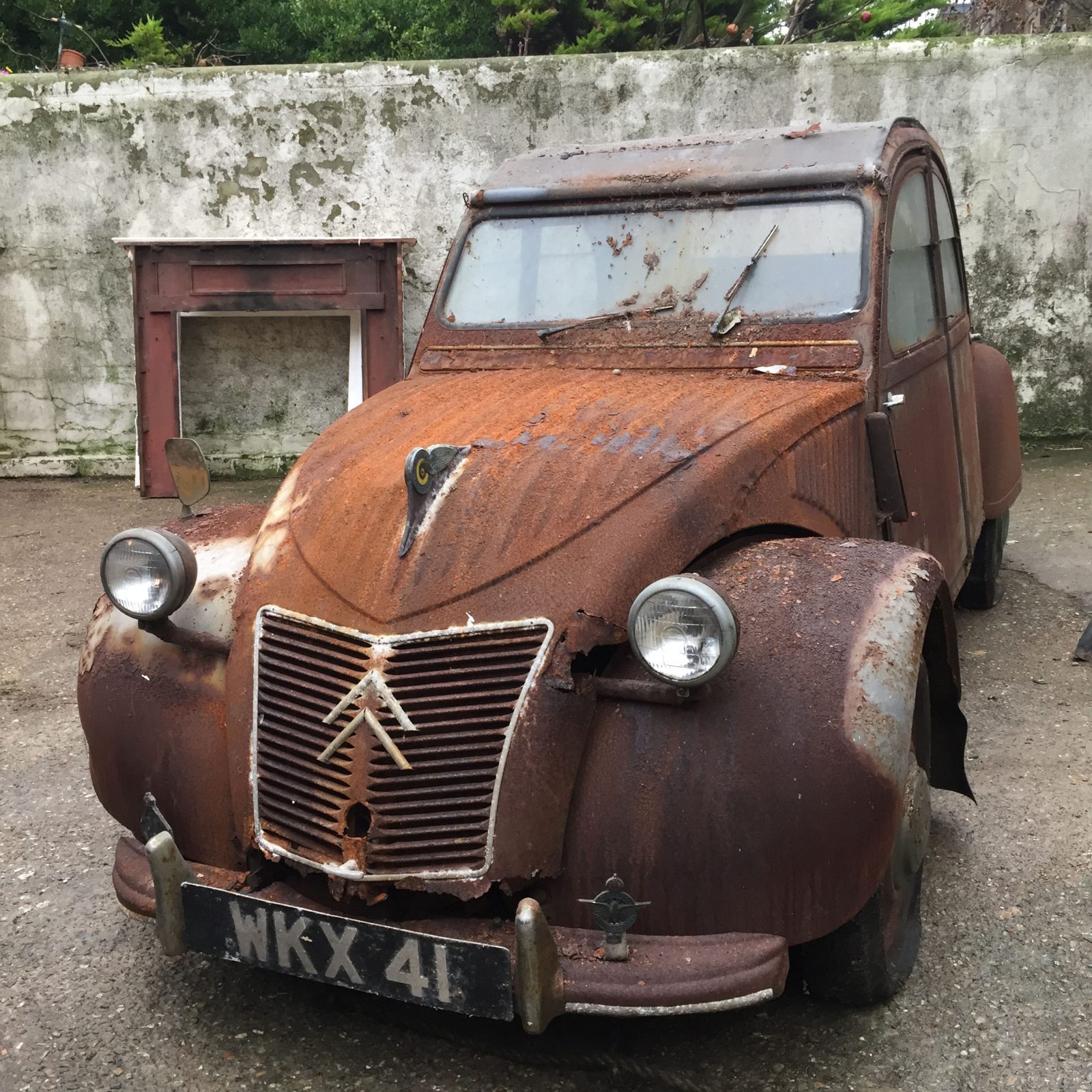 Last weekend my son and I had a nice adventure. We found this 2cv on Facebook and were intrigued immediately: this one had to go to the museum. Off to the UK!

It’s a ‘55 Slough-build 2cv, one of only 672 produced. We don’t really know how it started its live, but it ended up in a garage for a 25+ year-stay near the sea-side in Hastings. The garage door got stuck, the roof rusted away, the 2cv was more and more exposed to the elements. It got forgotten, until a few weeks ago the new owner of the premises opened the roof to see what was inside the garage. He asked his contractor to replace the doors and roof of the garage and get the 2cv out, but later on decided to see if Facebook could generate interest for it. And it did…

After we made the deal we planned the pick up. Of course it had to be documented, in which the seller happily participated. When we first opened the doors we were stunned by the amount of rust… but we fell in love more and more with every inch we towed it out of the garage. It’s so original, with all those Slough (English Citroën-factory) details: the roof, interior, bonnet-ornament, hubcaps, bumpers, head-lights, RHD and hinged windows on the rear doors. Are we going to restore it: no! It’s going to be on display as it is, it will tell an even nicer story (and we already have a restored one…). And if you have any information adding to its history, please let us know!!!!

Here you can find more pictures.