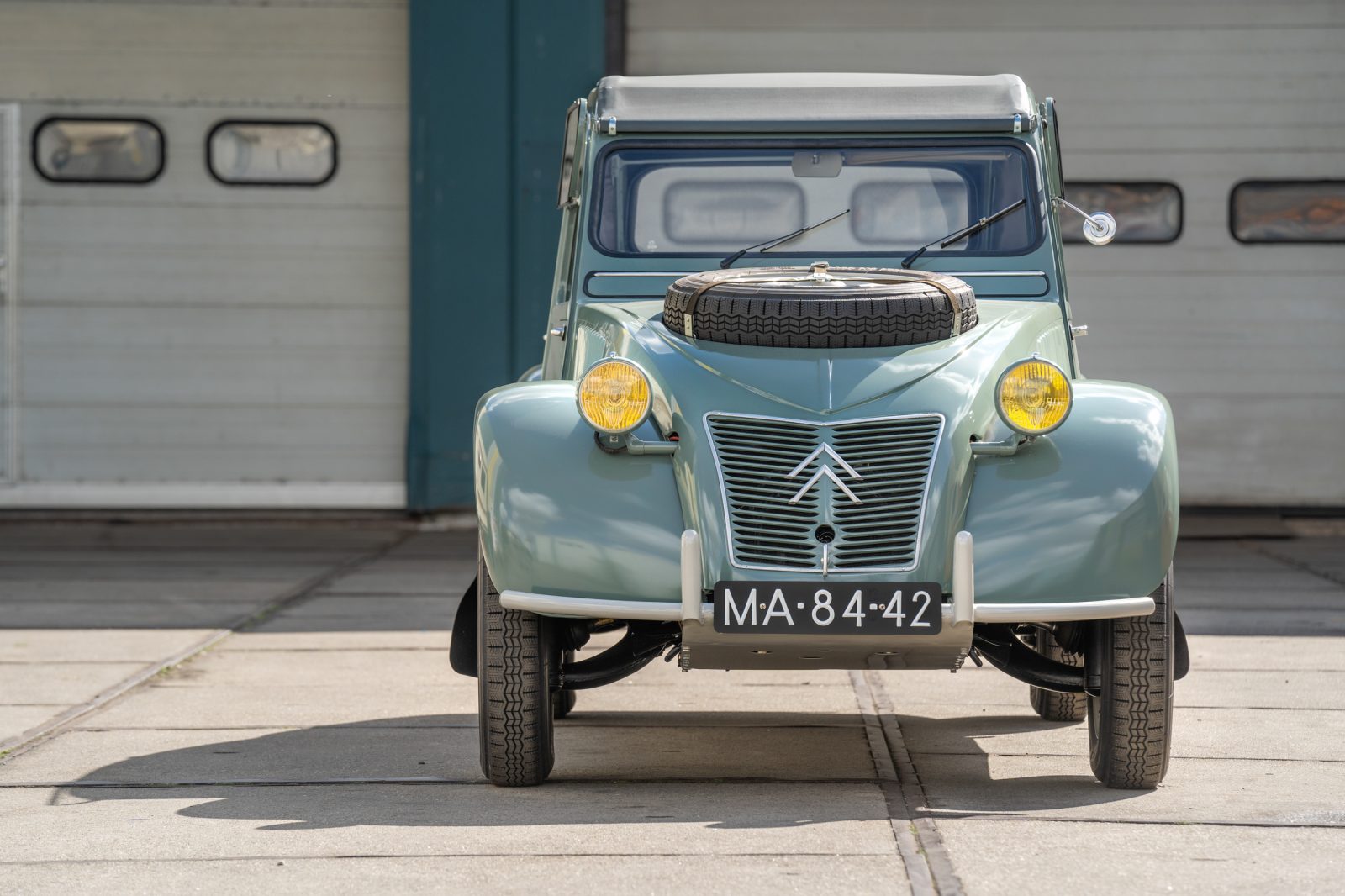 Only three Saharas have been delivered in the Netherlands; the importer’s demonstration car ended up with a doctor on Texel, this car has been restored by us some years ago. The other two were delivered to the Geometrical Service of Rijkswaterstaat. This is the only one of those two who survived, and only just …

Rijkswaterstaat chose the 2cv 4×4 because it was much lighter than Landrovers and Jeeps, which had advantages in the terrain. They were deployed in various places, in the new polders, but especially on the Wadden Islands. There are pictures of this car on the Vliehors on Vlieland, its last station was on Terschelling. It was also sold from there when it left the service in 1969. The Domains service took care of the sale.

The car ended up with someone from The Hague, who reportedly also drove it through the Sahara. In 1970 it came up for sale again, for 1200 guilders it was listed in the Telegraaf. A Citroën enthusiast wanted it, offered too low and missed it. It was sold to someone else. Driven by regret, the enthusiast managed to find the car and had a second chance on buying it. The Sahara stayed with him until 2012, only during the oil crisis it was in the name of his sister, in order to get some extra gasoline coupons.

It went to another enthusiast, after which we were able to buy it for a customer in 2014. The car was disassembled and in very bad shape. It had still been used in the early 1970s, but then it was not in very good shape either; the salt and sand turned it into dust.

Because it is such a unique car, with a beautiful history, it obviously had to come back to life. The Saharas were originally built by hand, it has now been repeated. All parts have been restored, overhauled or made new, keeping as close to the original as possible, including indication of Ministerial Traffic on the back.