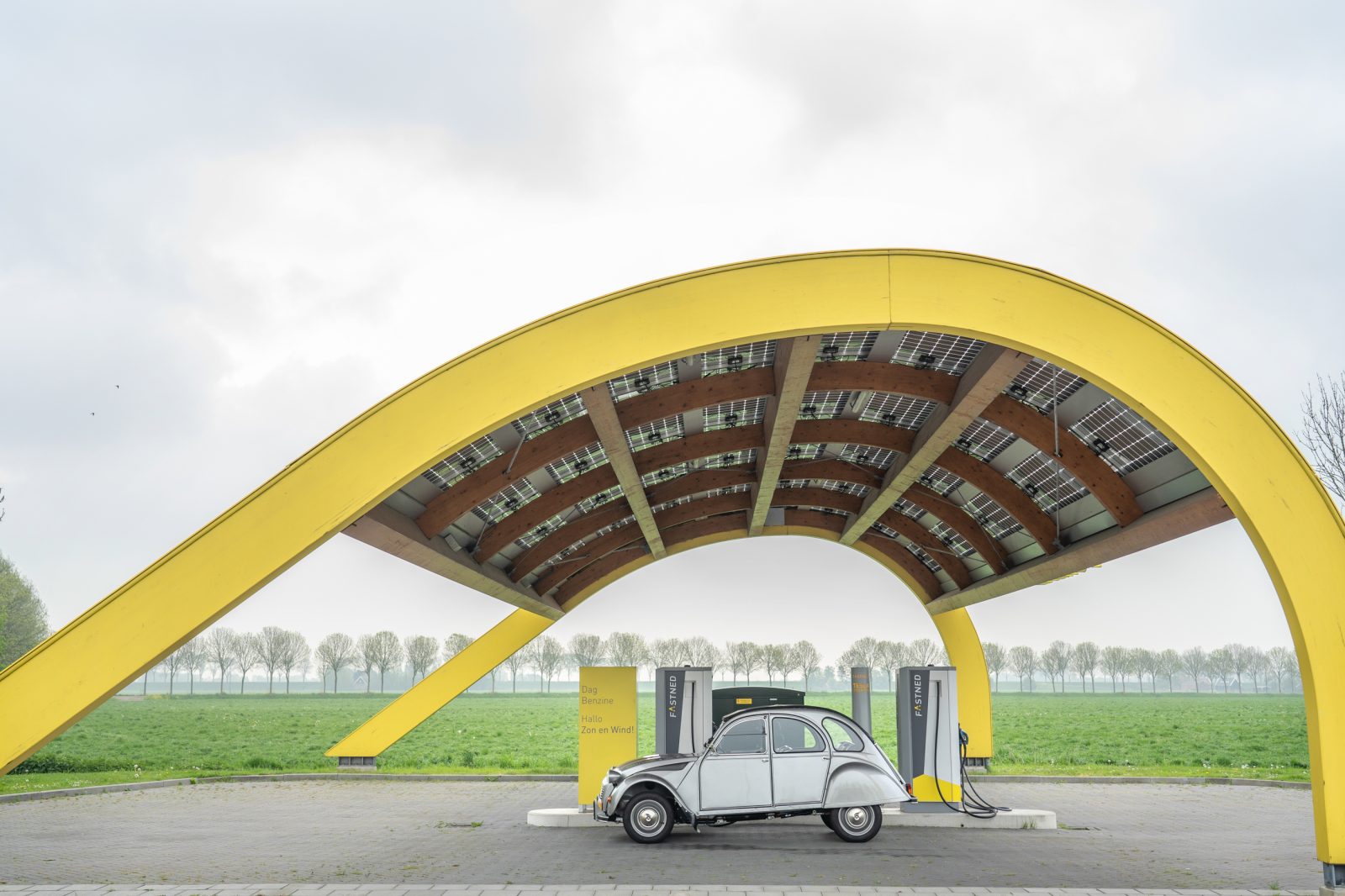 As a kid, Sander was never allowed toys with batteries in them. And look at him now!

With our new garage, we’ve also added some new expertise: 2cv Électrique’s electric laboratory. Aside from his own business, Ruben has been working with us for some time. The new premises have offered us enough space to bundle our common enthusiasm. To celebrate, we decided to build a 2CV for Sander’s daily use, but to take it a step further than Ruben’s previous work on ‘electrifying’ 2CVs; to see what’s possible with today’s knowledge and technology.

The first electric 2CV that Ruben made, is used on a daily basis and he’s even taken it on two long-distance driving holidays. He’s proven that it is possible to build a high-quality, reliable electric oldtimer. Built partly in an effort not to pollute the air of his beloved hometown Amsterdam, which served as a persuading argument to a number of clients. 2CVs and HYs were converted, as well as a DS for himself; just to show the world that he could, to have fun, and to develop knowledge and a network of suppliers. But don’t you take away the oldtimer’s charm by removing its internal combustion engine? Sander certainly thought so, at first. But after his first test drive, he was charmed by the surprising silence and smoothness that these cars have to offer.

The next step in this development should show improvement on three areas: deployability, price, and reuse.

The range will remain similar to that of previous converted 2CVs, approximately 120 kms, but your trip can be lengthened simply, because we’ve chosen a system with which you can fast-charge, just like with a Tesla. After less than 30 minutes you’re able to do a lot of kilometers extra.

Due to expensive components, the price used to be around 30.000€ excluding VAT. As more and more electric cars appear on the road, there is also a larger supply of (young) used components. This 2CV is equipped with a Smart battery pack, which was developed by Tesla. The engine is originally from a Nissan Leaf. Needless to say, all this has been carefully run past RDW (Dutch road authorities) and has been approved.

Using this set-up, we can convert your 2CV starting at 17.500€ excluding VAT. Equipped like this 2CV, including fast-charge and heating, conversion is possible, starting at about 21.000€.

We see this as a big step, but we will not sit still; a laboratory requires continuous innovation. Currently we are already developing a new project with different batteries, we are improving software and electronics, we are thinking about ways to replace the gearbox, and we are developing an app to make you feel even more connected to your ride. We’re engaging in new collaborations, which include the delivery of the E-Story electric Mehari you will find on our stand. Feel free to inquire for more info and keep an eye on our website.