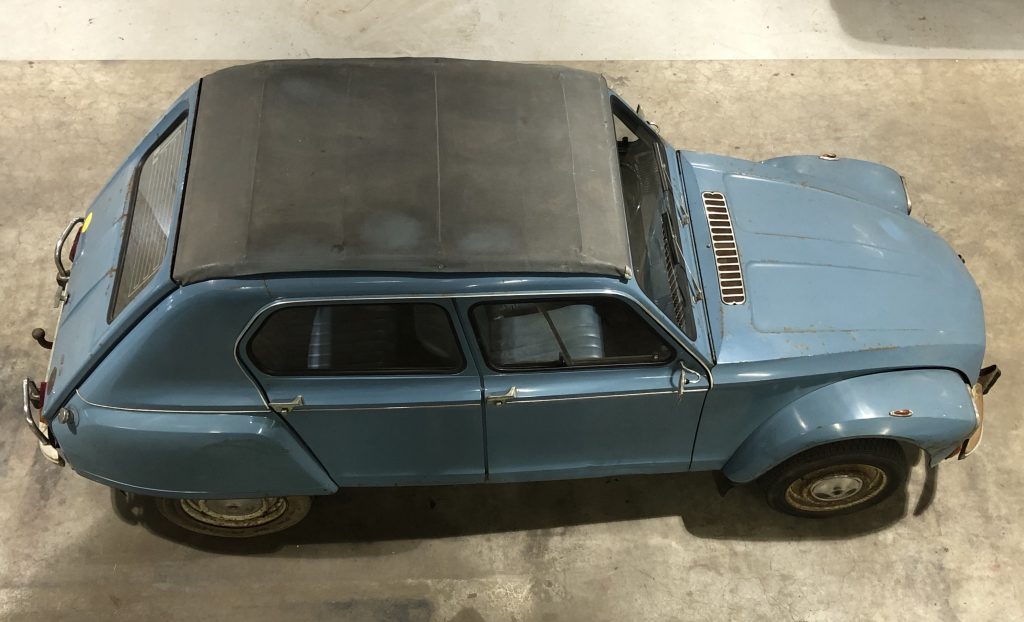 The Benelux had already been spoiled with the AZAM 6, finally a quick 2cv. In January ’68, its successor, the Dyane D6, was shown at the Salon in Brussels. A Dyane with the 602cc engine of the Ami 6.

This type of engine drives great. Low in revs it still has torque, which makes it drive really smooth. First it is called D6, from April on it’s Dyane 6. In September ’68 it was succeeded by the new high-revving engine.

The history of the D6 is therefore quite short. The production of the Dyane in Belgium too, it ends in the summer of ’68. This D6 is one of the few examples built in the Belgian factory in Forest. Only 3,690 of this particular model, the Commercial, were built there.

A family in Leende, near Eindhoven, thought it was a nice model and ordered one. It was delivered on March 29, in Bleu Weekend with blue Buflon vinyl upholstery.

It was used daily until 1983, when the family emigrated. The Dyane was stored. After the family returned in the 1990s, several other Citroëns were driven. However, the D6 remained untouched until last year. The family wanted to clear the barn and the Dyane ends up with a friend of ours, he handed it over to us.

Of course it is not looking shiny and new, we call it patina. Some welding on the floors is needed, but surprisingly little. After 37 years of storage, the technical parts also need a lot of attention. But what a beautiful monument it is and how often do you get the chance to buy a unique model Dyane from the first owner. Take it with you and tackle it yourself, let us tackle it and then take it with you. Both options are possible.