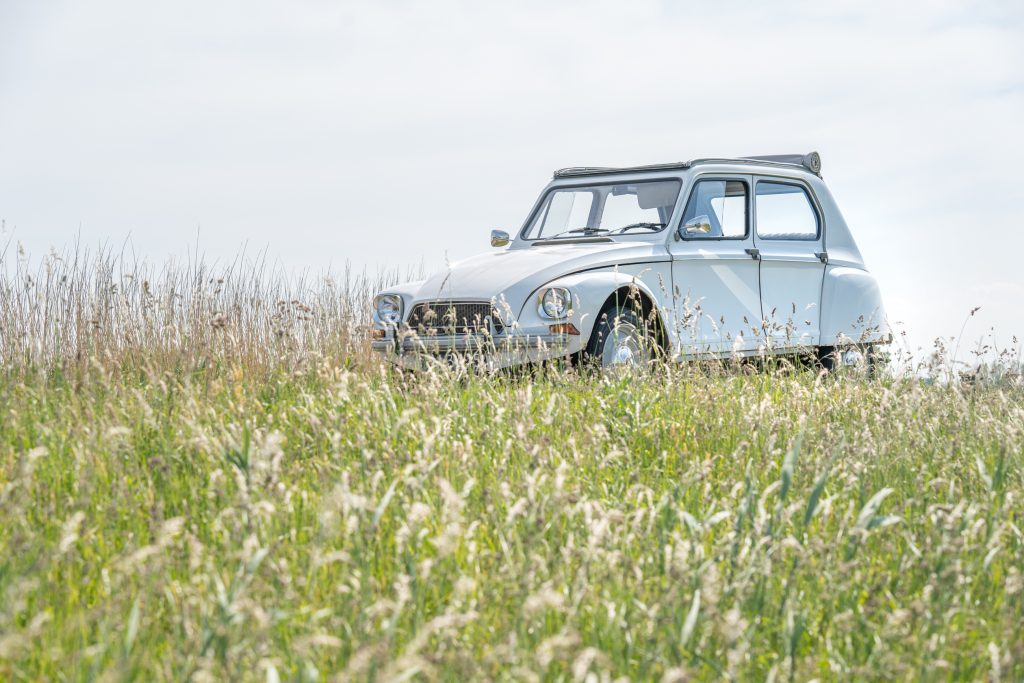 After the start of production of the Dyane, the intended successor to the 2cv, soon a need for more speed developed. In ’68 the Dyane D6 was launched, which used the 602cc engine from the Ami 6. A few months later a newer version of the 602cc engine became available, one that liked more revs and was used in almost the same form in the Ami 8 and later in the 2cv6.

The electrical installation was also upgraded to 12V. A few steps further to reliability and usability.

The Dyane was built in various places, including Vorst, Belgium. This car first rolled on its Michelin tires on January 9, 1969. On February 13, it was registered with its first owner, who owned the Dyane for a very long time. He lived just south of Brussels, near Waterloo. Perhaps he was handed the keys in the beautiful showroom on the IJzerplein in the Belgian capital, where Citroën was located.

In 85,000km it has certainly lived, but everything in the neat. Its paint and interior are still largely original, rust has had very little chance. The engine was once replaced by a slightly more modern type with an external oil filter, an improvement. The tires were also once replaced by a cheaper type. We couldn’t bear to see that, so we mounted its original footwear again.

It drives wonderfully and moves smoothly and enthusiastically. The color combination of the exterior and interior is sober and sleek, but it looks very good on it. We will provide some technical attention, it already has a Dutch registration, only a suitable financial transaction stands in the way of your driving pleasure.