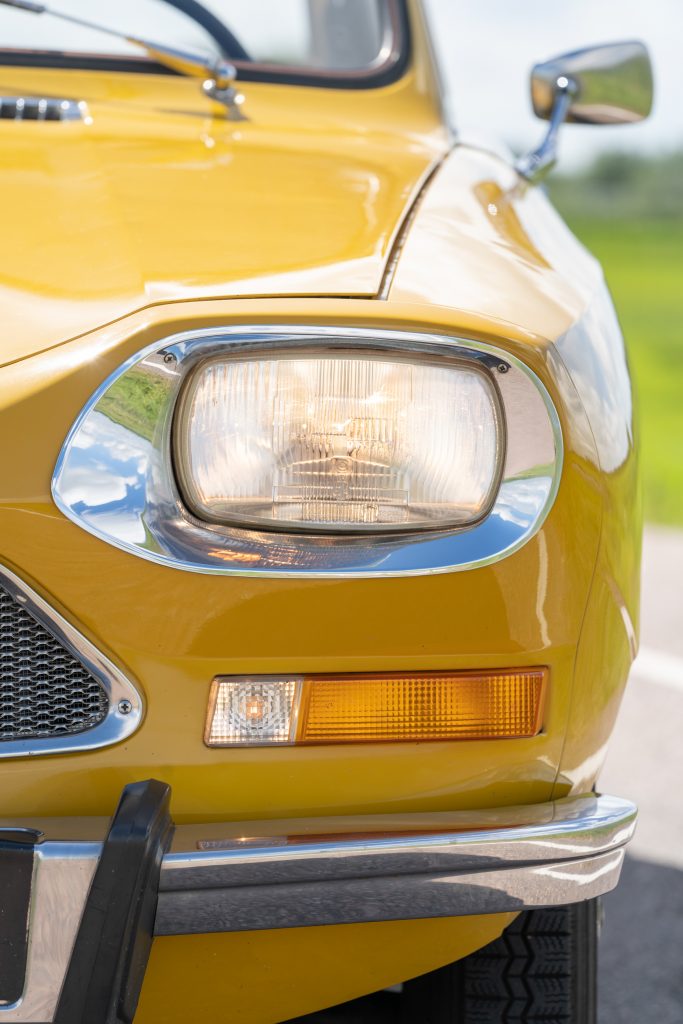 In 1969 the Ami 6 was succeeded by the Ami 8. The first cars were delivered in April, the brochure was already published in February. In this, and in most other promotional material, the Ami 8 Berline appeared in a beautiful color yellow.

Bouton d’Or. The composition of name and color must have been a lot of thought. Seems like a nice process, finding a color that suits your target group and the period and also makes the specific car stand out nicely. Mission accomplished.

Because the color was so prominent in the footage, it still appeals to many enthusiasts. You rarely see them though, most Ami 8’s were eventually delivered in white or beige.

Mr Lartique also thought it was a nice color and would like to drive the striking new Citroën. He visited the dealer in Valenciennes on July 22, 1969 and ordered one. Ami 8 Confort, Bouton d’Or, sièges avant séparés, interieur Safran mentions the order form. It is also promised that the car will be delivered within 8 days.

Apparently, the factories in Rennes La Janais were running at full speed, because on July 28 the letter was delivered. You can pick up your Ami tomorrow at 3 pm.

The Ami is taken home in St Amand les Eaux, Northern France, just below the Belgian border. The car is used locally, until in 2009 Mr. Lartique dies at the age of 95. They have been together for 40 years and 36,000 km.

In 2011, the family decides it’s time to find a new owner for the Ami. We found it and take it to Holland. With signs of wear, but also very beautiful in notorious places. What especially speaks for it is the perfect condition of its interior in beautiful Safran.

It moves on to a customer, is perfected in a few places and – very important – is enjoyed. Now 9 years later, another automotive dream is purchased and the Ami can start a new chapter in its life again. We are happy that it has come back to us and are now looking for a suitable enthusiast.

Step into the showroom, check the folder and order it. In Bouton d’Or!