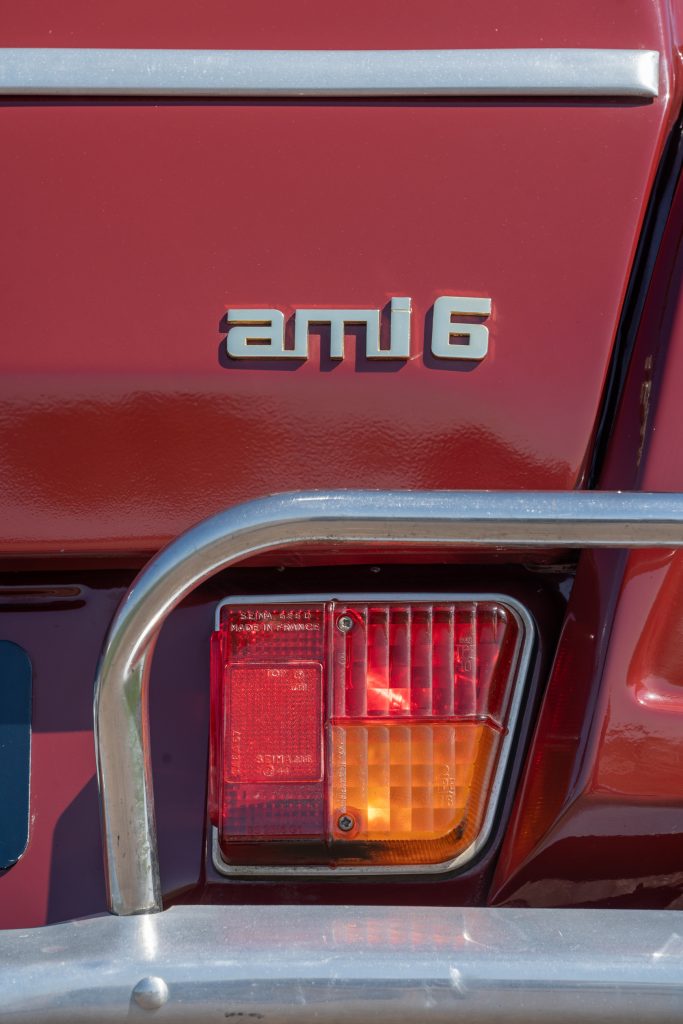 The Ami6 got a larger brother in ’64, the 6 Break. Now an estate car is very common, but then it was quite special. Suddenly there was a lot of space to take things with you, in addition to the people you were already loading. Leisure became more common and people wanted to get out. It was quite a sales success, until ’69 more than half a million were made.

The chassis and technique were very similar to that of the 2cv and were easy to maintain. Also, because of the air cooling, there weren’t many parts, so less could break.

They are of the generation cars that could rust well and so they did, not many remained. There are still about 600 Amis in the Netherlands. As an Ami driver you are therefore part of a select group.

This Ami 6 is the latest model, with the 35hp engine from the upcoming Ami 8. It makes it very usable. At the beginning of this century it was further modernised, with a newer engine suitable for unleaded petrol and disc brakes.

The pedalbox was replaced, the bottom and the chassis are in excellent condition. As icing on the cake, it also has a beautiful original interior and the paint was renewed at the time.

So if you want to drive around in a classic and spacious way; this is the voiture you are looking for!