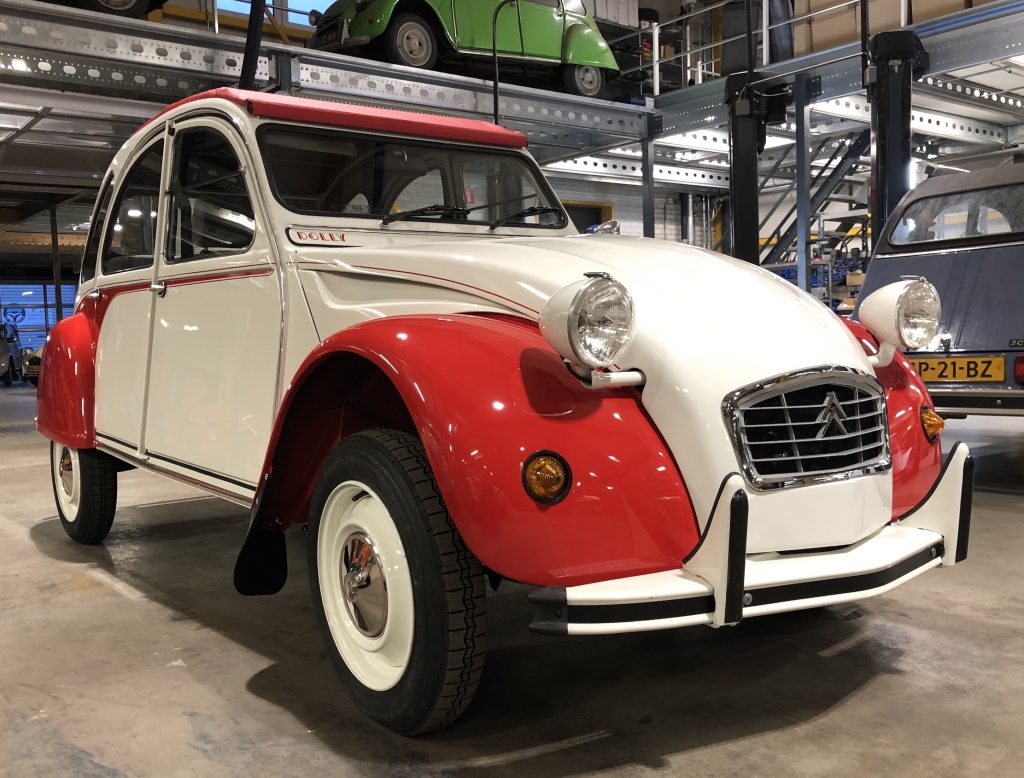 In ’85 Citroën wants to boost the sales figures of the 2cv again and hires Serge Gevin to design a vivid action model based on the cheaper 2cv6 Spécial. A few years before, he also designed the Charleston, the more chique 2cv.

The starting point was; vary with the colors that are already available. This resulted in a first series based on Gris Cormoran, supplemented with white, red or yellow. This series appeared in a limited edition in March ’85. In October that year, a series followed with red/white, green/white and burgundy/yellow, 6327 were made. The last series came on the market in March 1986 and remained in production for a longer period, especially for Germany and England. The colors were again red/white and burgundy/yellow, but now supplemented with dark blue/yellow.

On December 8, 1987, it was delivered to Mr. Doliwa in Ingolstadt and later on sold to Mr. Bock in a nearby village in 1992. This man was a tool maker at the Audi factories, and apparently a man who liked contrasts in life; parking a colourful 2cv in a parking lot full of Audi 80’s …

In ’02 the car needed new floors and it was sold on to a friend of ours, with the plan to put it back on the road in its former glory. He left this task to us last year, after having stored the Dolly for years. We have done our best to do the car justice.