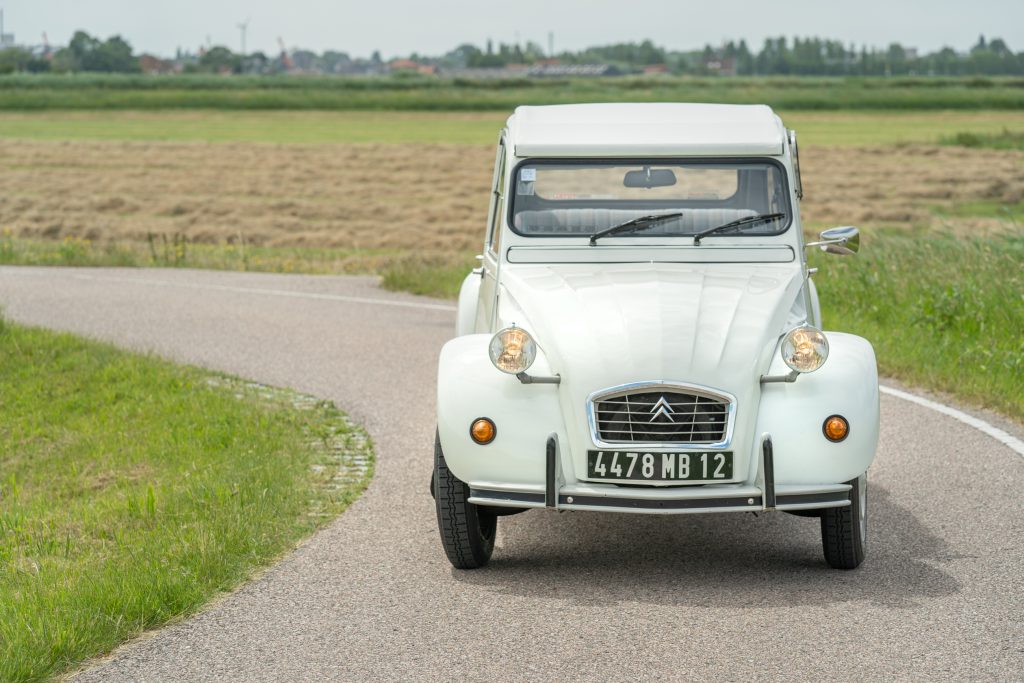 We found this 2CV in Millau. It’s lived there its whole life. Built in the summer of ’85, it was delivered to Millau through dealer Monju. The Costes family ordered it in the Club edition, which wasn’t too common in France. Most of the later 2CVs were the more simplistic Spécials – with a Club, you chose luxury.

It would have a roof in the same color as the bodywork, single upholstered seats in the front, a more extensive dashboard and a more finished interior. The Club also had rectangular headlights, which weren’t necessarily appreciated by everyone. A fifth door was ordered in the process: more convenient for big groceries.

By the way, the 2CV lived in an area of Millau that offered a great view on the new viaduct. It was finished in ’04 and at 343m, the bridge pier is the highest in the world – higher than the Eiffel Tower. An impressive piece of work.

Not much is known about the first part of this car’s life. The maintenance book was stamped when the 2CV received a delivery service, but that’s it. Very common in France. We did find a few old Control Technique reports, however, which show the development of the 2CV’s mileage over the past years. In ’04 it starts at about 25.000 km, so it had done some 100 km each month. This continues throughout the years that follow, resulting in a mileage just shy of 43.000 km at present.

It’s a good and solid car. It does have some stone chips and a front wing was replaced once. Very common in France. The interior had lost some of its foam, so that has been replaced as well. We also put it on a new set of Michelins and we’ve given it a good service. We’re certain that it can continue driving at least 100km a month with you.