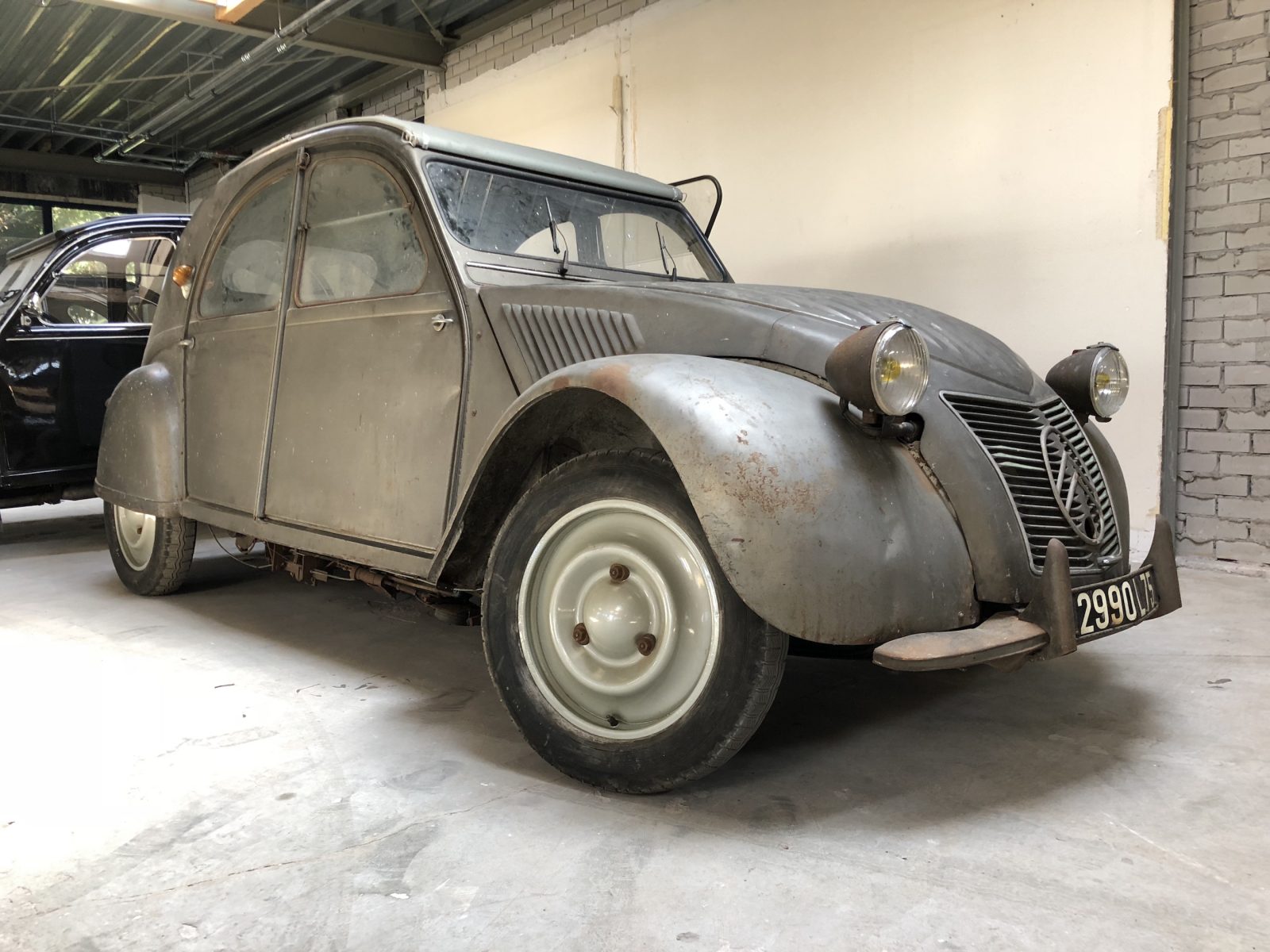 Short after the war, Jean Federspiel placed antennas with ingenious technique on top of the Eiffel tower, in order to provide France with radio and television signal. The electrical engineer had more than a few talents and also developed a spring system that was comfortable, able to maintain a constant height, and also actively counter-tilted in turns. To test the system, he developed several devices including a few large drums on which the test car could be placed. The drums were made to simulate quite a bad and rocky road.

As his test car, he used this 2CV A from 1950 – one of the first 2CVs. A hydraulic cylinder was mounted to its[trekstangen] and carrying arms to make and catch the movements. The [veerpotten] and shock absorbers remained in use. A liquid reservoir was placed under the bonnet and a hydraulic pump was driven by a belt from the crankshaft. The 9pk strong engine must have had a tough time.

The cabin was introduced to some control engineering: a shuttle[pendel] on the dashboard to determine the slope, valves under the chairs to drive the cylinders, a manometer, several stops and a storage tank. Up until now we thought we were quite technical, but we haven’t been able to make much sense of what’s all inside this car…

Federspiel took his invention to Citroën in 1955, but returned disillusioned: turns out they had already designed something similar themselves! This suspension was introduced on the Traction, but worked most perfectly on the DS. Still, the idea of active suspension with counter-tilting was only reapplied much later, in the Xantia Activa. Other brands in the more luxury segment followed even later. You can find articles on this car in a recent and future edition of Citroexpert.

It’s a miracle to find a prototype of over 60 years of age, especially since the project was not followed up directly. It stayed with a family first and with a collector later. The collector recently offered a few of his cars to auction in Fontainebleau, where we were able to buy this 2CV, along with another great exemplar from ’49 (the oldest complete 2CV in the world?), for the Netherlands’ most beautiful museum. You can visit to admire both of them on appointment.