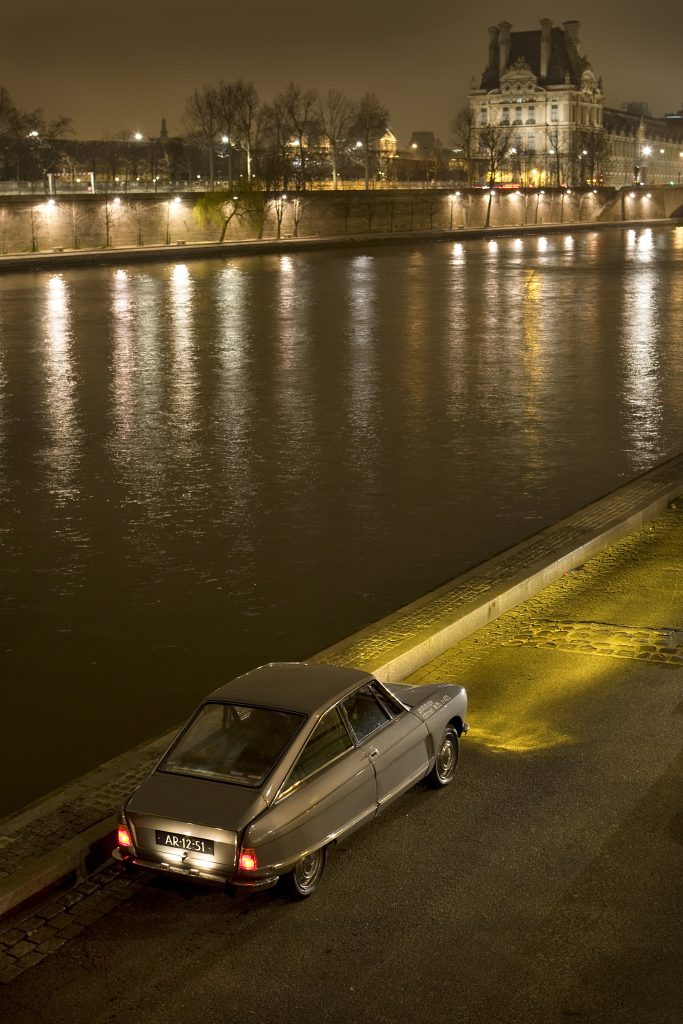 The very last built M35. | In the 1960s, NSU dreamed of a new type of engine. Citroën followed that dream in 1969. The result was the M35. A coupé model based on the new Ami 8, with a single-disc Wankel engine and Citroën’s fantastic hydropneumatic suspension.

It was a prototype that was brought to the public with a huge publicity campaign. Attention was drawn to the new technology in all European car magazines. The engine was roughly a halved NSU Ro80 engine. There were big plans to build all kinds of models in the Comotor partnership with the knowledge that emerged from the project. At Citroën, after this prototype, only the GS Birotor was created.

500 were planned, of which 276 were eventually built. This is the very last built example. The numbering was juggled a bit to make the project shorter and less financially risky.

The bodywork was specially built at Heuliez. The model was more luxurious, to tempt loyal mile-consuming French Citroën customers to buy one. You had to drive at least 30,000 km per year to qualify; those were mostly DS drivers. There were 5000 registrations, so the enthusiasm was more than enough.

This continued throughout the project. After 3 years, all test results – you had an infinite warranty on the engine – would be sufficient for further development and the intention was that all cars would be exchanged for a new Citroën and dismantled. But many customers didn’t want to get rid of it or the trade-in dealer kept it himself.

There are now about 85 copies of this model left.

This copy was part of a collection of 25 M35s, of which we brought 16 to new owners 12 years ago in the project la Nouvelle Opération M35. You can read all about it on our CitroenM35.com website.

We restored it as a demo and to gain experience ourselves. When it was ready, a great photo shoot followed in Paris, where it also met the No. 1 in the Citroën museum. The report made it to various international car magazines, even as far as Japan. We drove it ourselves for a while, after which it ended up in a beautiful collection in Switzerland.

Now it is fully serviced and available for a new owner. The engine hums contentedly, the suspension is wonderfully soft like a small DS. Ask us about our enthusiastic stories!