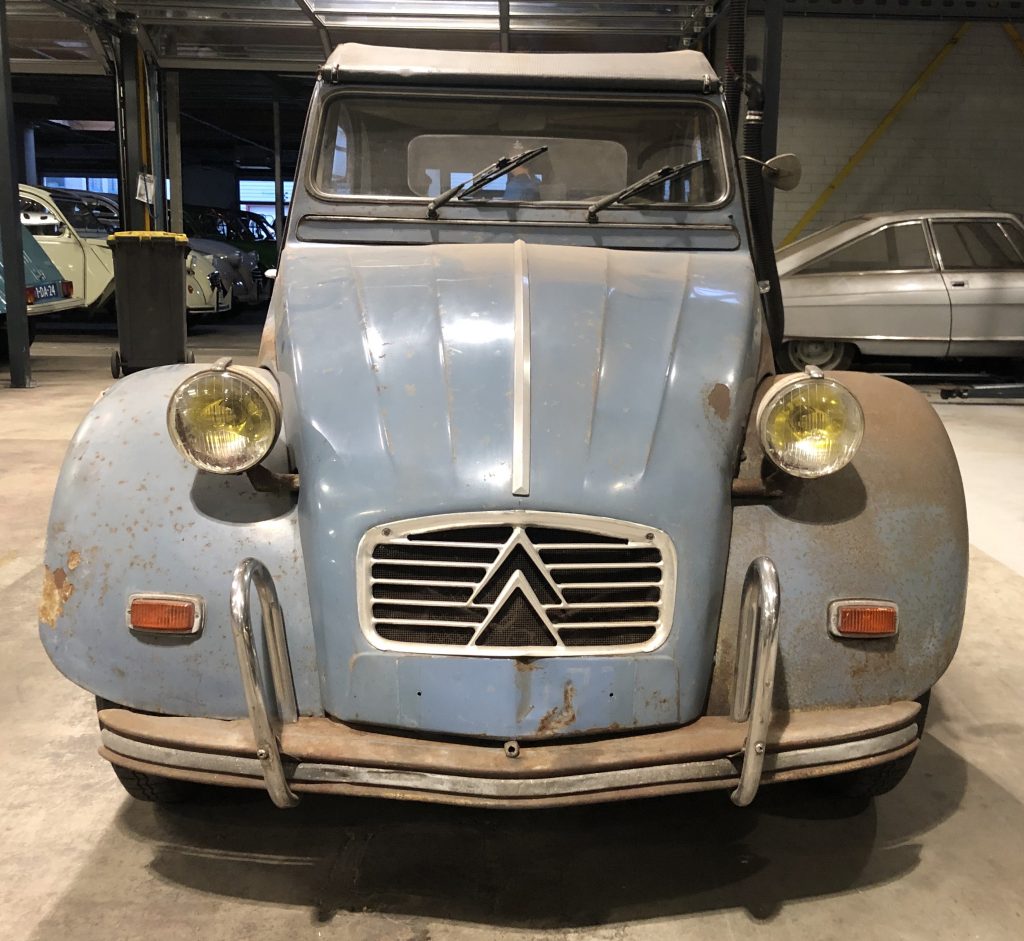 In March ’63 the AZAM entered the French market, a more luxurious 2cv between the basic model and the Ami. Equipped with luxurious upholstery and the shiny details on the outside. It also meant a new model for the Belgian production in Forest, as a successor to the AZL. It became the AZM3, an AZAM but with a third side window; the French didn’t that any earlier than ’65.

You can still see that the bodies came from French production and were adapted in Belgium. On the rear light panel, where the central license plate light is located in France, the mounting holes are still visible, but they are sealed with a spot-welded plate. The lighting and indicators were also specific to these Belgian models, just like details such as the windscreen washer and roof closures. In ’67 the AZM3 was succeeded by the AZAM6. AZM3 opgevolgd door de AZAM6.

This AZM3 was delivered new by dealer d’Hont in Ghent. It was sold again in ’76, now to Mrs. Cauwelsberge and later traded in again in ’81. In ’98 it was sold to an acquaintance of ours by the same dealer. He drove it for a while and then kept it with a number of other Citroëns. He recently told us he might want to part from it. We picked it up right away, because we like Belgian production 2cvs. They are great in terms of designs and details and also have a connection with the Netherlands, because all the 2cvs that were delivered here in the ’50s and’ 60s came from Forest.

It has an NL registration, the engine has been running. The chassis needs restoration, the entire floor section needs replacement. That sounds like a lot of work …! Yes, but it’s a unique car.