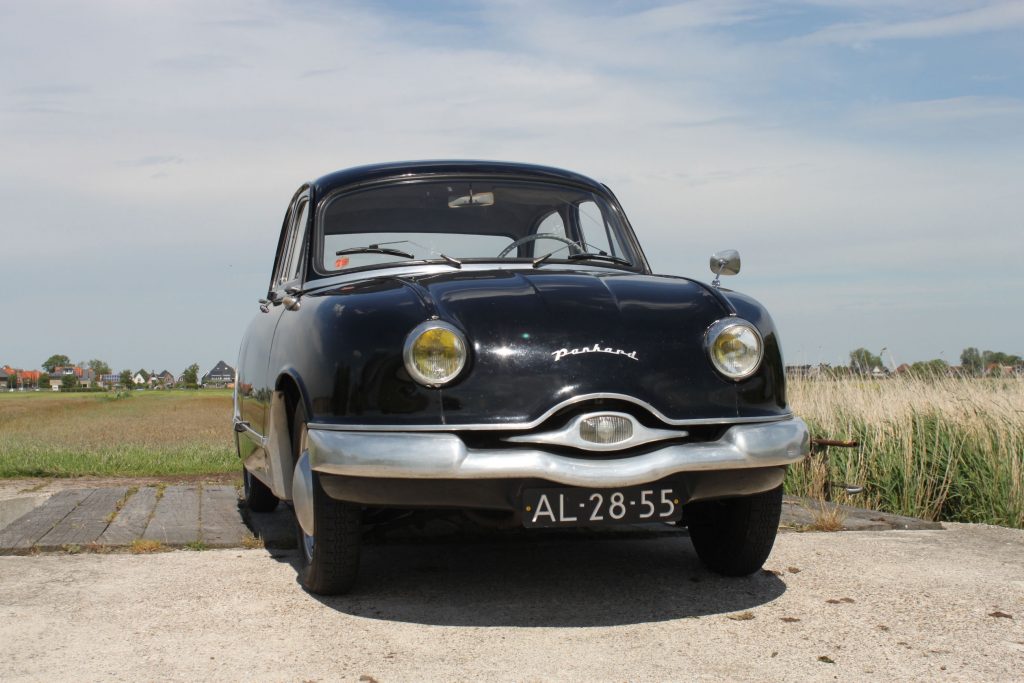 From my first encounter with the Panhard Dyna Z I’ve been intrigued. How can a car have such an adorable face, but still be so surprisingly spacious? How is this such a smooth and light drive with such a small 2-cylinder 850cc boxer? How can a relatively simple design still be so happy and photogenic? Why only one foglight in the middle? All in all, it’s an attractive and surprising car. I’ve had the pleasure of driving one before, but after driving this one, I’m sure: amazing, even from a more modern angle.

This Dyna Z was bought at auction in France by a previous dealer of Panhards. Before this auction, the car drove around in the 45th département near Orléans. The Panhard was parked and left alone: it wasn’t before 2002 that it got Dutch plates and was able to drive again. The car has never been welded, the paint is original with beautiful (patina) in my opinion. The interior, roof and dashboard are original as well. Between club members, as I’ve understood, it’s often called the most beautiful surviving copy of a Dyna Z.
Recently, the car was sold to an admirer, after which it received a lot of technical attention. The brakes are new, the engine has been adjusted at some crucial points, several parts of the suspension were renewed and it all resulted in a fantastically driving car. Why didn’t I keep it myself? A good question: I haven’t been able to completely answer it yet.