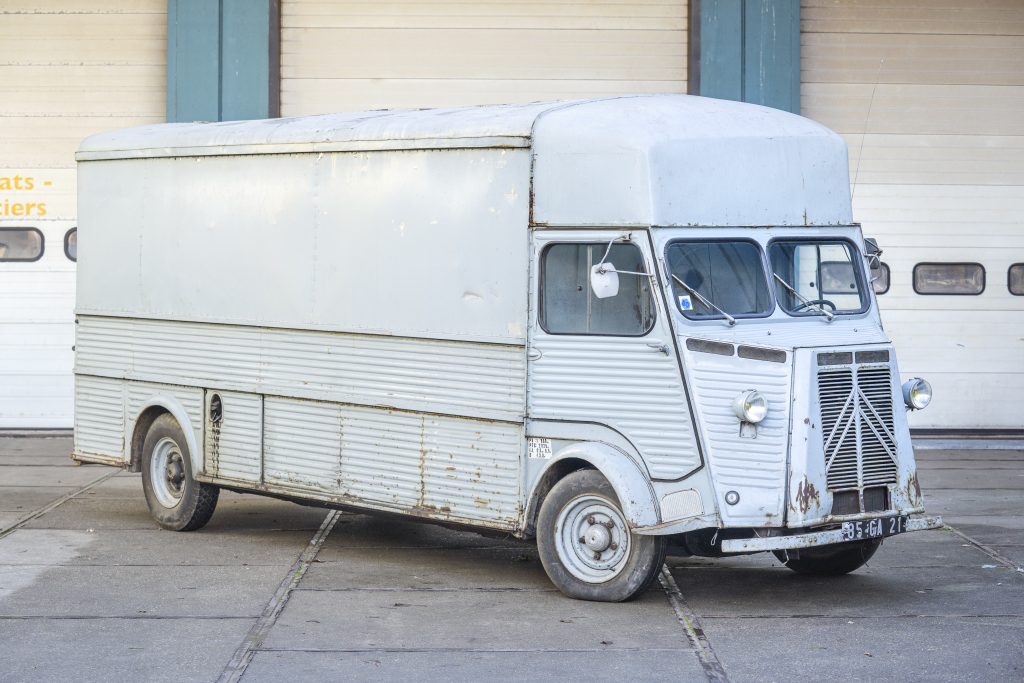 Lots of volume, little weight. That’s what this HY is suitable for. It was delivered in ’62 in the Côte-d’Or department, around Dijon. The French Carte Grise already states that it is “modified” and that is correct. It is extended between the axles and behind the rear axle. It has also been raised a bit and the floor has been reinforced with an extra beam.

From 1966 it was registered in the name of M. Sagot. He rented trucks and did removals. He had the engine replaced, the documents that Citroën supplied with the Indenor engine are still there. It is not known how much it was used after that.

The slats with jute on the side walls probably protected the furniture. So, if you want to start a moving company… It has a lot of possibilities in holidays, being a classic car or promotion. For the latter, it’s can even be used statically. Let us know your crazy plans and we’ll think along with you.

Price based on the car as is, on French registration.