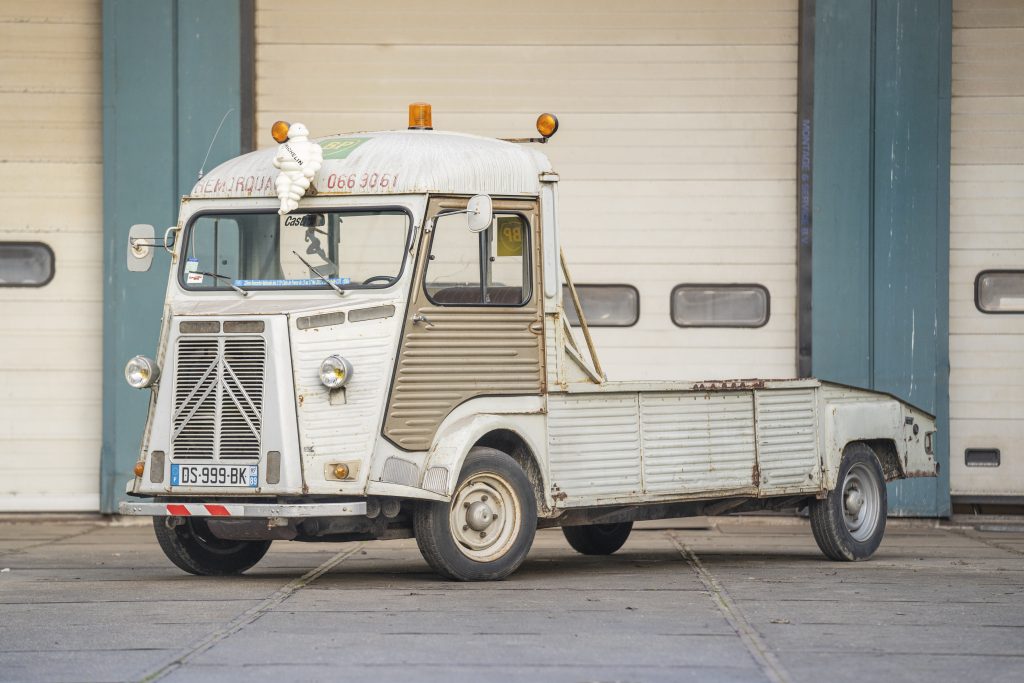 It once started life as an extended bus, built by SAPA. This company supplied all – sometimes extreme – extended and raised HY models. After a working life with transport in the cargo area, it was converted into a car transporter with space on a sloping deck. With its extra long chassis, it was well suited for it.

If your car broke down near Saintes – Bordeaux area- and called 0669061, you had a good chance that you would be towed with this car.

It is not known how long its career lasted there, but it is clear that the car was later taken over by an enthusiast near Auxerre. He used the transporter to go to classic events, as evidenced by a number of stickers on the window. Perhaps there was something beautiful on the back.

You can also transport something beautiful on the back, your beautiful oldtimer or your classic racer. Put on your seventies outfit, totally cool.

The engine runs nicely, it brakes a bit, there is some rust to be found; in short, it is a good basis for a restoration project. You can do it yourself or let us do it, we’d like to. Price is for the car as it is.