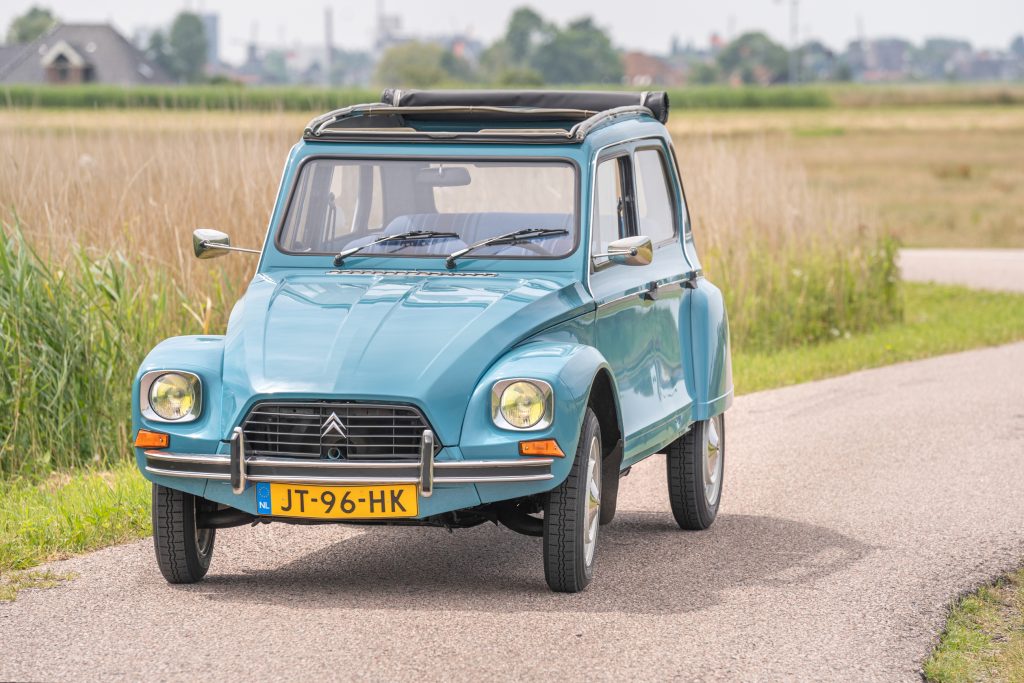 In many countries the 2cv and Dyane were sold in about the same amounts. Not in the Netherlands, where the preference was really for the 2cv. Only in ‘69 more Dyanes were sold, 15 units to be exact.

In the eighties, interest in the Dyane completely dropped, so the curtain fell in June ‘83 and the 2cv survived its intended successor. This Dyane 6 drove its first laps on public roads in May ’83, the first test kilometers had already been covered in March. So it is one of the last production period.

It was delivered in the color Bleu Lagune, a color that was reused in model years ’82 and ’83, perhaps following the release of a film about the growing love between two teens on a desert island.

We don’t know much about its early years, but it must have been treated with care as it is still in good condition. Judging by the sticker and key ring, it once visited the Letmaath company in Peize. The old phone number may indicate that that was a long time ago.

But it may have been later , with the company still having some historical material that looked great on the car. Years ago, the car was repainted in its original color, the sticker freshly pasted over it. If you wonder, you can inquire at the company of the same name in the village, still in existence.

More important to us is that it looks nice and fresh, is comfortable and drives well. A really enjoyable car. With its disc brakes it also brakes well, the electronic ignition allows it to start smoothly. The new tires, fresh MOT and maintenance ensure even more perpetuation of all this happiness. Come, buy and enjoy.