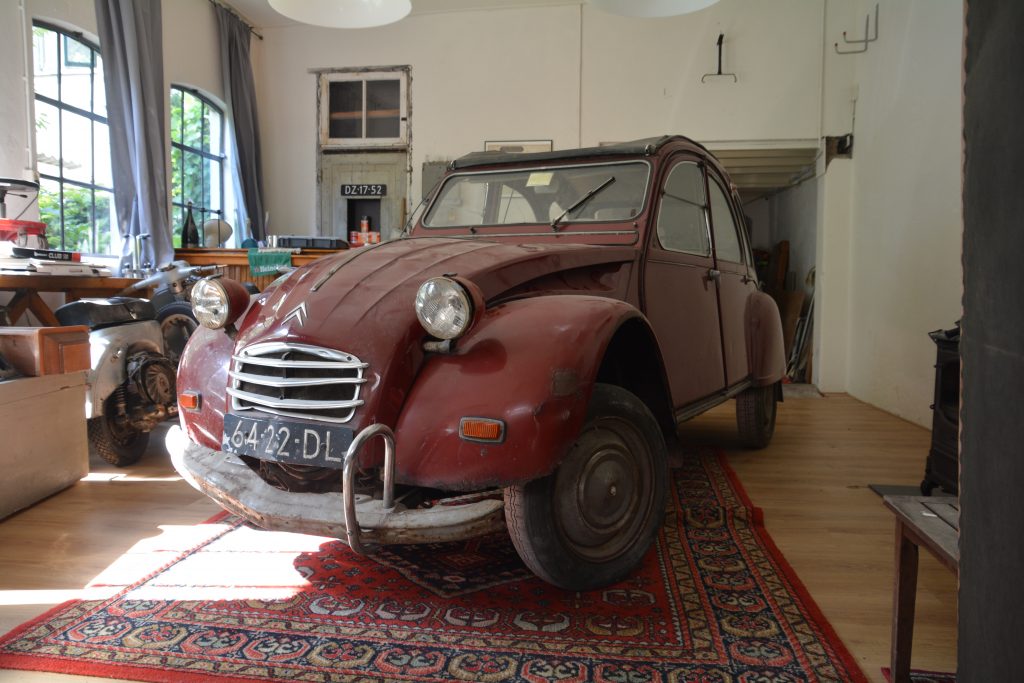 We still meet them from time to time, former AZAM6 owners in the sixties and seventies. They always remember that it wasn’t just a 2cv, it was such a fast one!

The Belgian Citroën factory in Forest built 2cvs for the Benelux, among others. They led the way with improvements and more luxurious designs. For example, they imagined that a crossover between the chassis and technology of the Ami 6 and the body of a 2cv could make a nice car. Along with the luxury of the AZM, a sought-after model emerged, although it was considerably more expensive than the common 2cv. In the markets they served, customers were more demanding than in France. Especially more speed than the 18hp 2cvs could offer was appreciated, this model brought you over 100km/h.

In France you will not easily find this model, they often do not even know the model. But they’re not widely spread here either. We immediately were on our way when we were called about this car.

It had been in Arnhem, in a studio, since ’82. Bought back then to fix it, but it never happened. It had already had a live, rust had taken hold of body parts, dents all around, wear. A more modern set of headlights and front seats from a Fiat or another contemporary car had been fitted. But otherwise not messed up, nice and original.

It entered the room through a narrow corridor, slept there for 37 years, and now it was allowed outside again. Rolled down the corridor again by father and son, the last younger than the length of stay of the 2cv.

Parts of the floors and sills would like to become solid again, other parts and the chassis are still that. Everything needs attention, but it is a nice basis to make something beautiful out of it again. Just as beautiful as it was originally delivered by dealer Carel Wolfs from Arnhem?