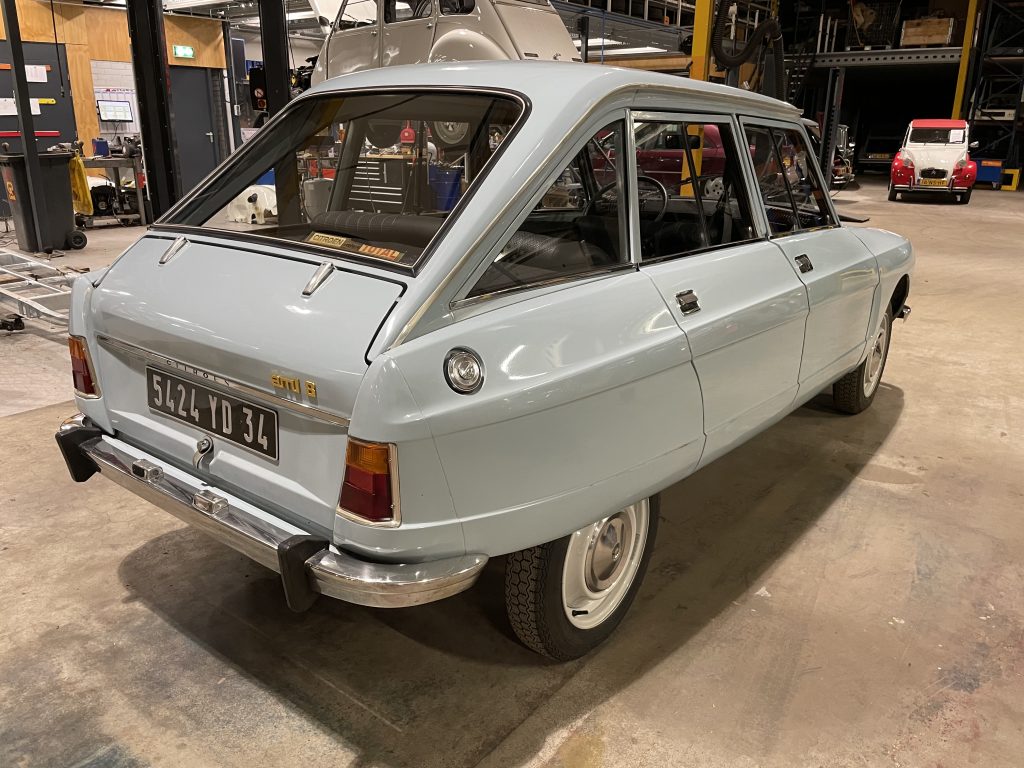 Travelling around in France with the garage I worked at a long time ago, for trade, sometimes on scrapyards, we had to leave those Ami 8 Berlines behind. Boring stuff, not worth the hassle. But secretly I liked them.

In short, they never went on transport to the Netherlands and there were really nice examples, sometimes with very few kilometers. When I later started my own business, I didn’t find them very often anymore. Sometimes a nice one came my way, such as a ‘69 model in light blue, with sliding windows and a black leatherette interior. Too pretty to sell, I kept it for myself.

Now twenty years later. The Ami mentioned still exists, I haven’t seen it in a while. But its close cousin is suddenly here in the garage. From 1970, in the same wonderful combination, from the same department, in perfect working order, mostly first paint, only 55,000 km!

First we cleaned it and kissed it awake. Then in the evening looked at its history. The maintenance booklet says: “In April ’70 I got on the road in the Provençal Cavaillon, in ’78 there was still only 9600 km on the clock.”

At the end of the 1990s, it moved to a suburb of Montpellier, then again in this century to the Dordogne. Here it is found by a friend of the garage and housed in a large collection.

Because the collection contains even newer Ami’s, we’ll gladly accompany this beauty to a new owner and a possibly more active life. If only to make up for the fact that I didn’t stand up for the fate of his friends 30 years ago.