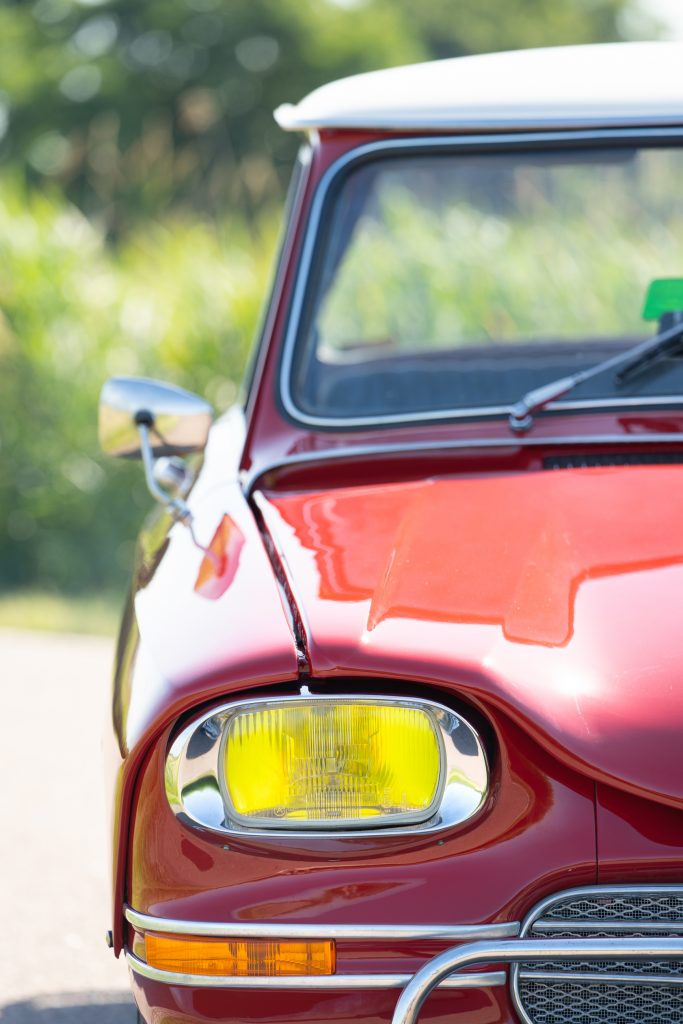 In Forest in Belgium a factory took care of the production of most Citroëns for the Benelux in the 1960s. They left their own mark on various models, often using local suppliers and differing in details from the French models.

For example, the Belgian Ami 6 had very different rear lights, which they shared with the Belgian HYs and parking lights on the B-pillars. Depending on how luxurious the model was, you could have the roof painted in color. With the Grand Comfort, the choice was free, which often resulted in surprising combinations. The simple models and the French ones were made of blank polyester. At the Grand Luxe, like this one, it was always in Blanc Everest. The second color number plate indicates it. You can read more about it on this website (in Dutch…)

This Ami 6 Berline was born and raised in Belgium. In ’87 it was brought to the Netherlands by a customer of ours, 20 years old, still in good shape. With the modern taillights, but still the 25hp engine, the best for its torque at low revs and sound. After this, the owner took the time to make it very neat again. In ’95 a Dutch registration was granted and since then it only drove in the summer, for the winter they had another Ami. Only 15.000km was added since then.

We serviced the car for years. The customer, well over 80, damaged it a while ago and decided it was enough. We took over the car and repaired it again.

Much has remained original, even the interior is still its first. We did repaint it in its original color. And it has become very beautiful again!