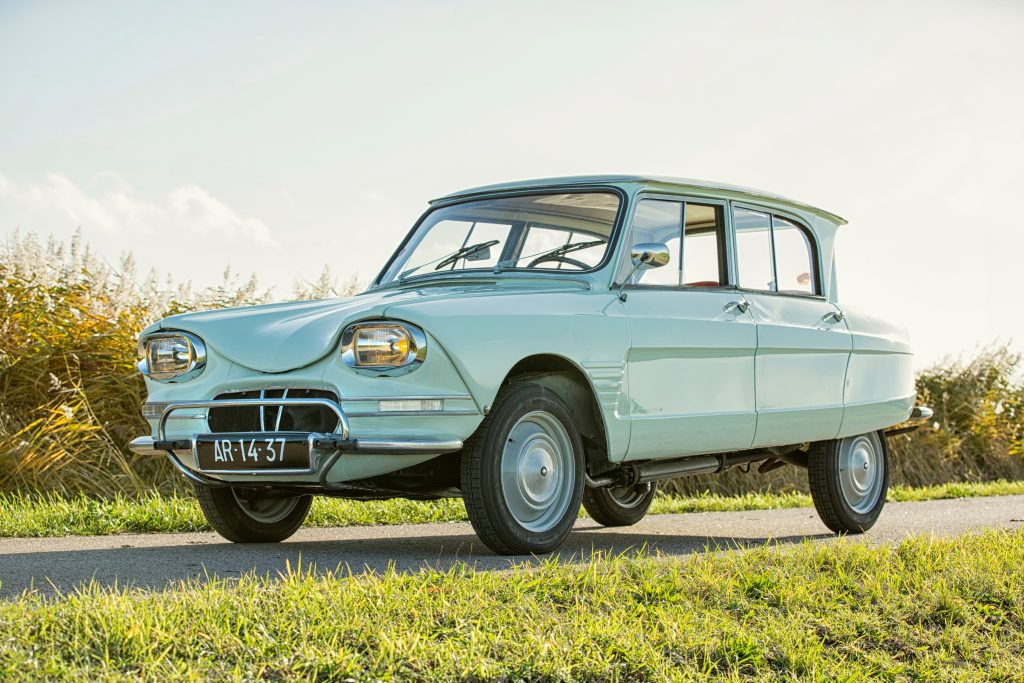 In the sixties, the Loiret area still looked quite peaceful, providing nice landscapes to drive across. In the village of Amilly, near Montargis, lived M. Perronnet. In 1964, he decided to allow himself some comfort and so he bought an Ami 6. Would the name of village have played a role in his choice for this model? I like to think so.

Fun detail: on the old French registration certificate, the Carte Grise, owners’ professions were mentioned. M. Perronnet was a serrurrier, a locksmith. A fascinating profession, close to a watchmaker, a blacksmith, or Houdini. Did he make complicated locks, did he help people locked in or out of their homes? Perhaps he used his Ami to help tourists who had magically lost the keys to their voitures? It is likely: the Route Nationale 7, the almost mythical road for Parisians to the sunny south, ran right past his village.

Perhaps many from Amilly drove an Ami: something that should be researched. In the rest of France and Europe, this model, positioned in between a 2CV and a DS, was not an instant success. Not many immediately liked its looks, its slanted window was found a bit strange, even though it was quite space-efficient. Still, this model slowly gained appreciation especially when the Ami 6 Break was introduced. I even think it once was the best sold car of the year in France. The long production timeframe, 8 years without major external changes, quietly indicates a success.

According to the sticker on the windscreen, Tax was paid until 1990. According to the Carte Grise, this car’s first owner let go of it in 1999 – presumably not in the best state. It is unclear where it spent the next few years, before it was bought by a friend of ours in Groningen just a few years ago. He restored the car thoroughly, for his own use. Bottom plates, footbed, sills were replaced, the rest of the carrosserie and chassis were neatly conserved and lacquered. The engine, breaks, et cetera were revised.

The interior was also renewed and it was repainted in its original color. The paint could have been done slightly neater, it contains some dust particles, but this does not pose much of a threat to its fresh appearance. At this time it is a good-looking, solid, and comfortable car. We deliver it ready for the road.