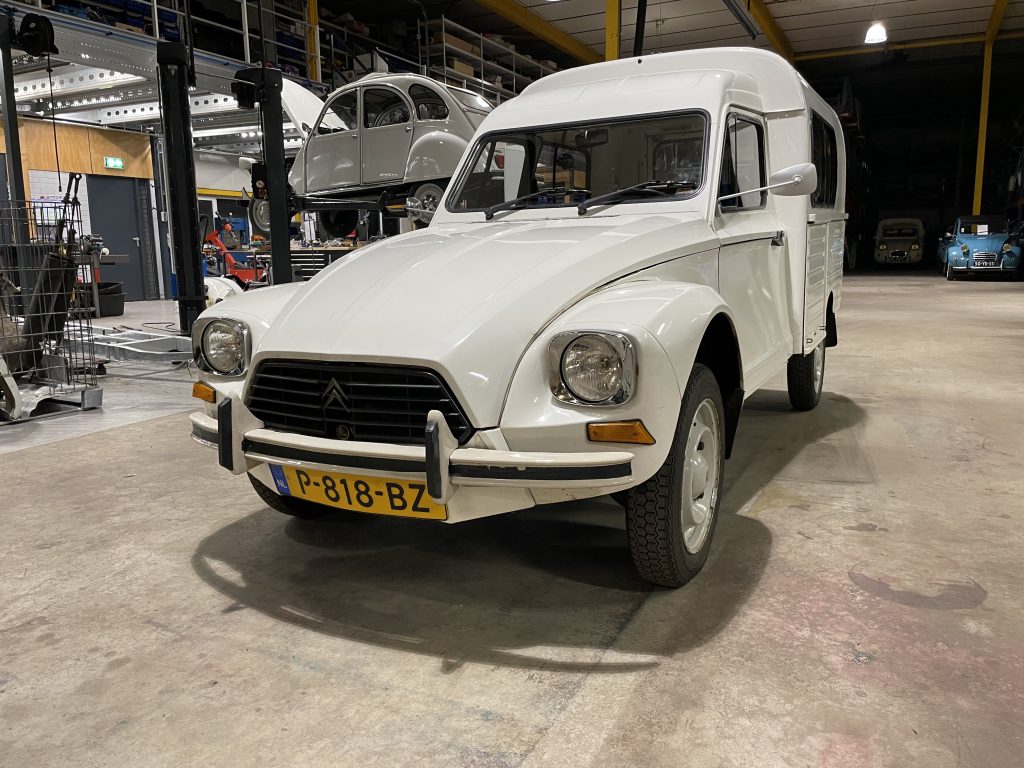 The concept was conceived in the 1950s: a car that you could use for work and leisure. In the Benelux, Citroën introduced the AZUL Weekend, a slightly more luxurious delivery van with a rear seat.

They were sold a lot at the time. During the week you went out on a business trip, as a representative in haberdashery, confectioner or supplier of smoking products. At the weekend you folded the hatch in the loading floor for more foot space, placed the back seat and drove to amusement park Julianatoren, your parents-in-law in Yerseke or the pier in Scheveningen.

These models had larger side windows and were slightly more luxurious and often two-tone. The Acadiane Mixta built on this idea. A folding right-hand front seat so passengers didn’t have to climb over the backrest, the same hatch in the floor and longer side windows, which could also slide open. The rear seat is now foldable and removable, allowing you to secure a cargo bulkhead in various places.

In the Netherlands they were not in the folder, but in Belgium and Spain they were. This Spanish Mixta has been neatly preserved, with some signs of the times here and there. The previous owner had it treated with Dinitrol to welcome it here in the Netherlands.

Since the fifties there was more and more free time, car use followed the trend. The van was a successor to the cargo bike. Perhaps this Mixta is the successor to your Volvo and your cargo bike!