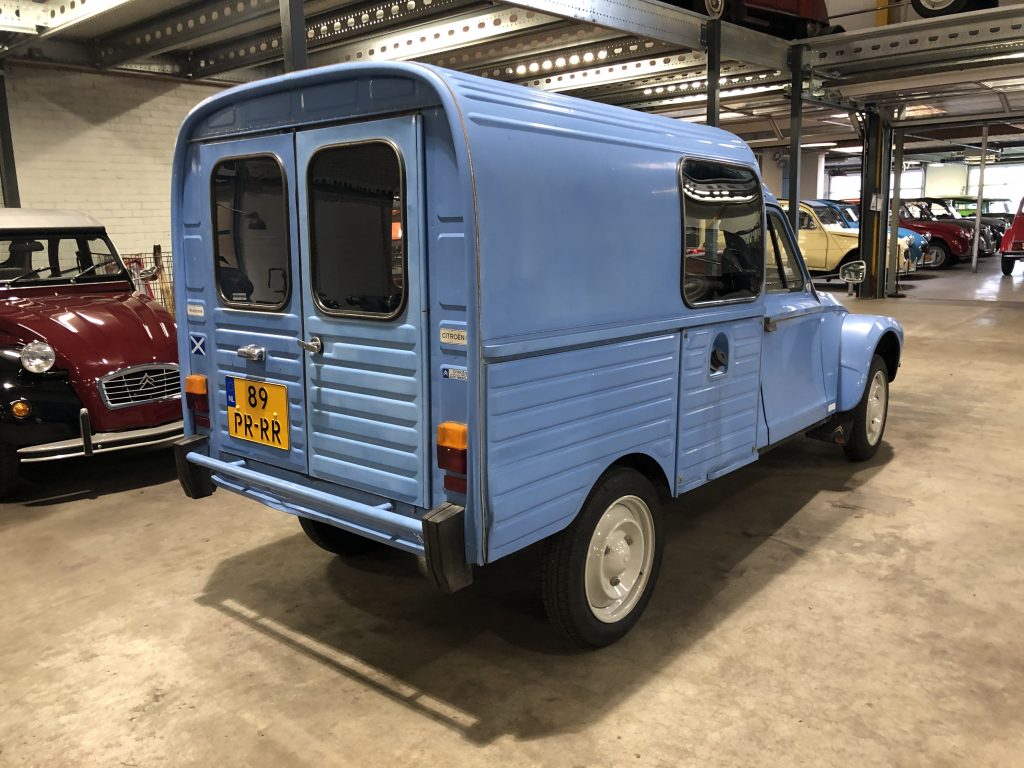 The first part of its life took place in Carcès, where it drove about 43,000 km until ’99. Mr. Dubourg regularly recorded maintenance and mileage on weighing cards of Cooperative Vinicole “La Carçoise” in his hometown, perhaps his employer.

In ’99 the fourgonette passed into the hands of Mr Delaye from Brignoles. He shows us the further development of the car by means of Control Technique certificates, until he says goodbye to the car in ’04. With 58,000 km it goes to the Netherlands.

We sell it to an enthusiast from Vlaardingen, the maintenance is done by a colleague. Nevertheless, it will come back to us in 2011, with 71,000 km on the clock.

Now it is used to drive around Heiloo, transporting vegetables from the owners garden. Again not great distances, but carefully maintained and stored indoors.

Solid chassis and bottom, with some signs of life experience that we popularly call dents. In a few places you will find it scarce iron oxide on modern cars. But what a wonderful cart it is. In which place are you going to add some more kilometers?