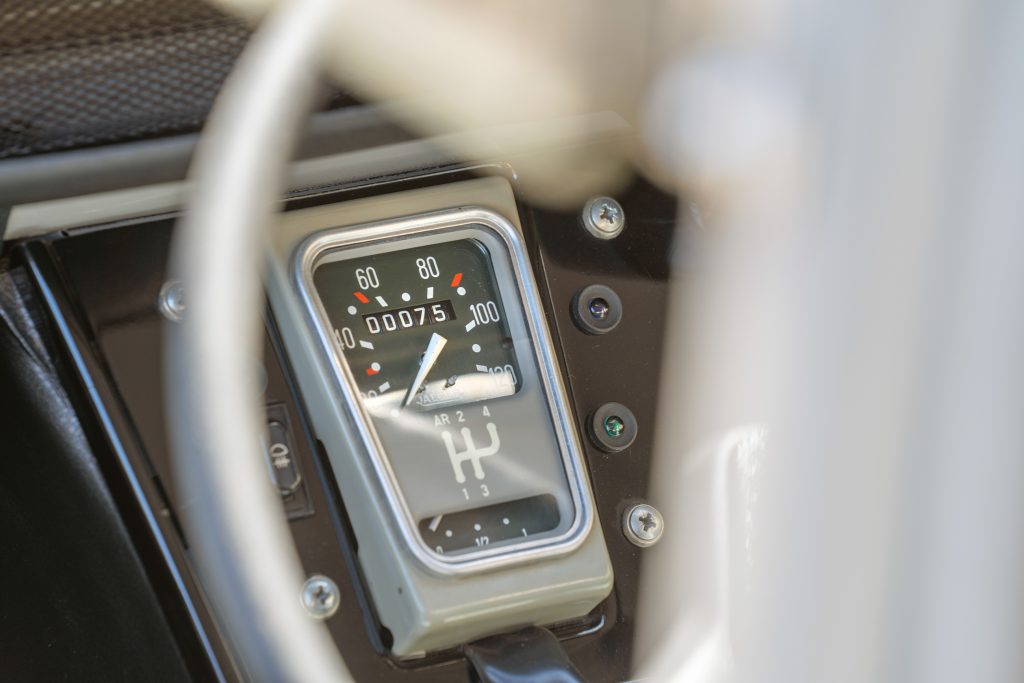 When it became clear in 1987 that production of the 2cv in France was going to stop, Citroën Netherlands decided to stop delivery as well. They were still available in surrounding countries, these were built in the Portuguese factory.

A man in Woerden (central-Holland) used to drive 2cv’s and later Volvo. He regretted not being able to ride a 2cv later on, so devised a plan; I’ll buy one -while I still can- and put it in the shed until I feel like riding it. When there are no ones left on the road at all…?

So he called his Volvo dealer, he ordered a 2cv6, had it treated for rust by the local Tectyl-guy, and delivered it to the man’s home. He drove it for a short round and put it in his garage with 74 km on the clock.

There, and later in another storage it was mainly gathering dust. Until the man recently bought his dream car and suddenly realised; I won’t get around to riding the 2cv anymore. We got the chance to acquire it.

After a good cleaning, a very nice brand new car emerged from under the dust.

2cv’s are still not extinct, but you may want to put this one away yourself in case they do. Or you have another reason to keep it in storage. Or… you just pretend it’s ’87 and you’re going to order a new 2cv in the showroom. To drive it. The basic Spécial model, in nostalgic grey, as the 2cv was once intended. We’ll prepare the order forms for you.