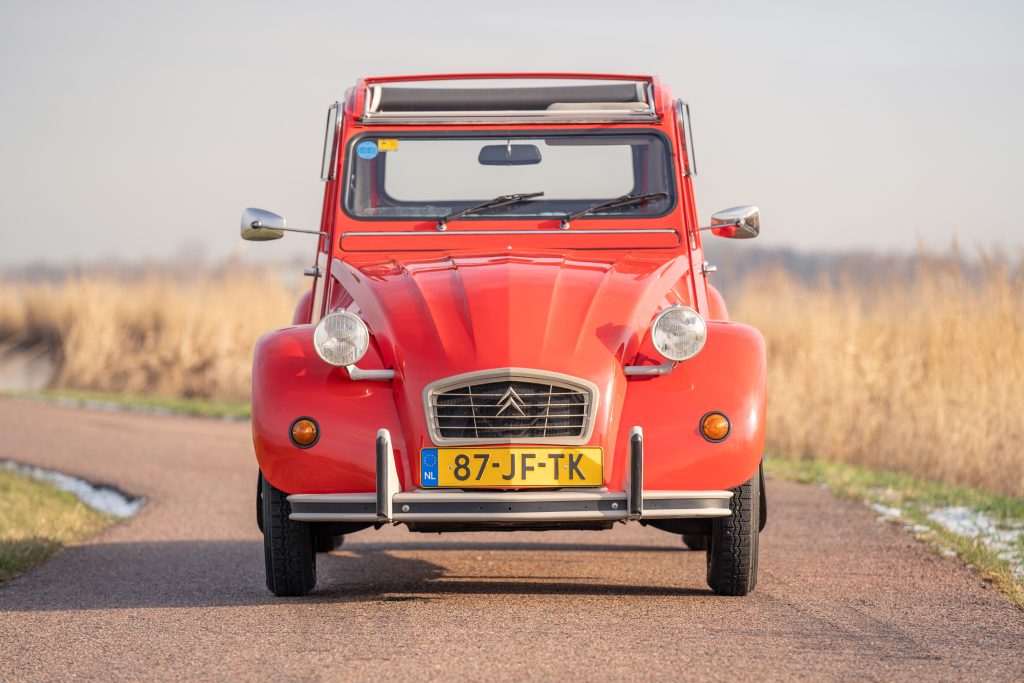 A traveler, and yet it has relatively few road experience. Early this century we found it in the Ardêche, with a mere 30.000km on the clock. We sold it. It stayed in Holland first, but was then taken to a holiday home in Spain. Its only wear was caused by the sun, which battered the paint.

It returned to Holland, where we found it a new owner. This time it went to Serbia. Again it was used scarcely, but got a new layer of paint -very well applied- on the outside.

And now it’s back again. We found its owner a new beauty, in a model which he liked even more.

It has been enjoyed, as it is a joy to drive it. It has been cherished, the chassis and floors are still in a perfect original condition. Where will you take it?