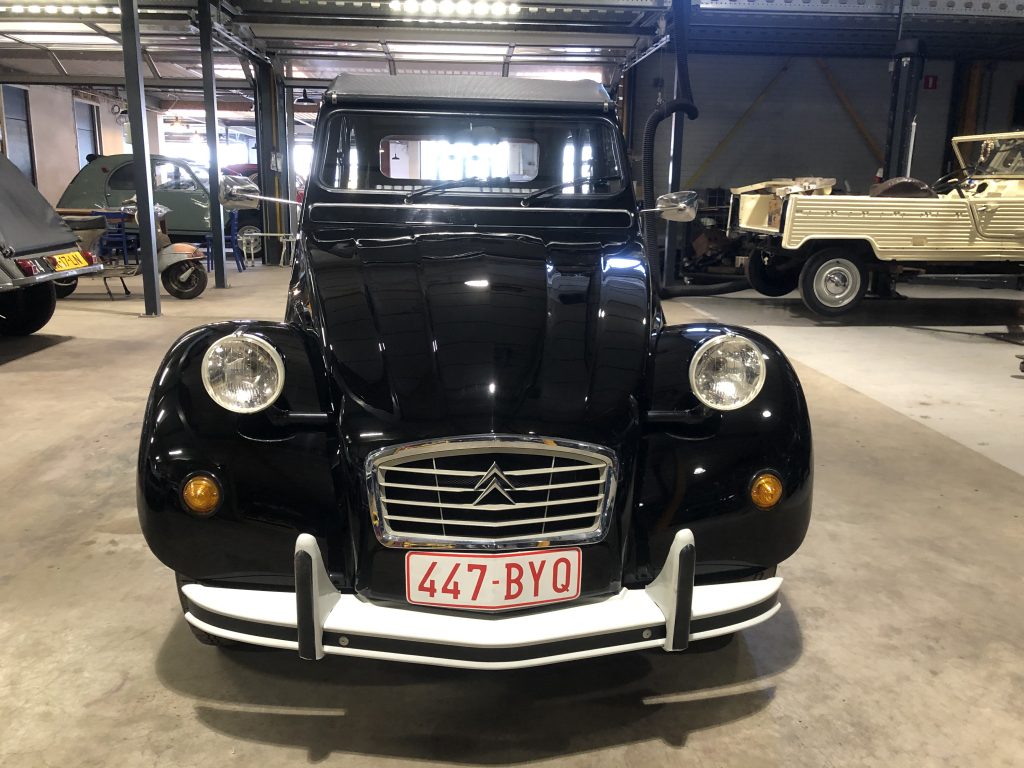 2cvs were built until 1990. But some stayed with dealers for a long time for various reasons. A 2cv in black was a rare sight, the dealers in Belgium only received one after they had already sold 10 cars in other colors.

This black 2cv was built in Portugal on June 18, 1990, and did not hit the road until November 91, when it came into the hands of its first and only owner. With a detour, because the man himself was registered in Monaco, so the 2cv was registered in the name of his daughter in Belgium.

The car was used at the holiday home in the South of France and later at their house at Ibiza. Just short rides, with the whole family and a lot of fun. In Ibiza, the sun-battered paint and upholstery were renewed once, otherwise it remained completely original. Even the first tyres were still on it.

A few years ago the car came back to Belgium, recently it was presented to us by a friend of the family. He shared the passion for racing with daughter and father. In comparison to what they have been driving in their careers, the 2cv was a stranger in their midst .

The father became known in Formula 1, at Le Mans and in Paris-Dakar. Exit of the Le Mans start, co-development of the Porsche 959, 6x winner of Le Mans, winner of Dakar ’83, a role in Jean Graton’s Michel Vaillant comic books: just an extract of his track record. Jacky Ickx is a hero.

Be like a hero, drive 2cv for your relaxation …