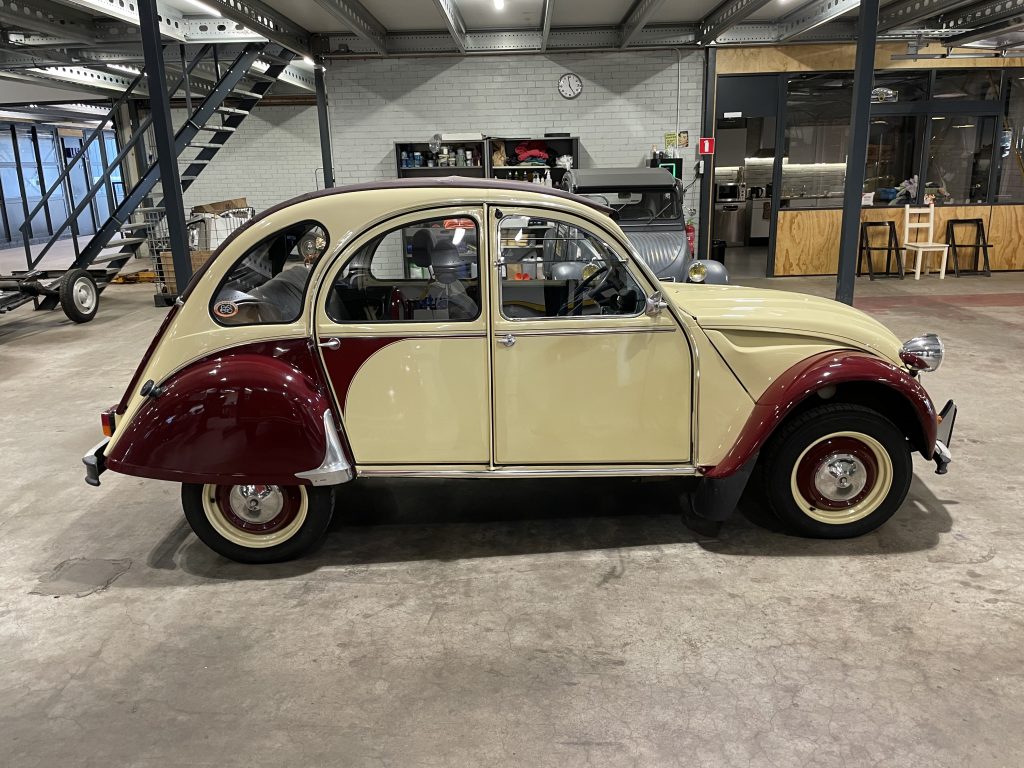 Although the 2cvs are nice enough on their own, some special models have been developed since the 1970s. In ’84 the Dolly was introduced. Two colours, with lines in decals. In total 7 color combinations were made, of which the red/white is the best known.

They were not delivered in the Netherlands, most remained in France or went to Germany and England. You saw this color combination -Rouge Delage with Jaune Rialto- most often in Germany. And that is where this copy comes from, in ’95 it crossed the Dutch border.

During that time, it got a lot of attention. It has been repainted and the chassis has been replaced by a galvanized one. As a personal detail, the rims were also made two-tone, it looks great on it.

The German models often had headrests. This one as well. The Dolly was mostly based on the 2cv6 Spécial, but in Germany mainly the Club was sold. Their Dolly was based on that and also had a specific, more luxurious upholstery in grey fabric.

A noble task awaits you. Buy it and bring some happiness on the roads with it. It’s necessary!