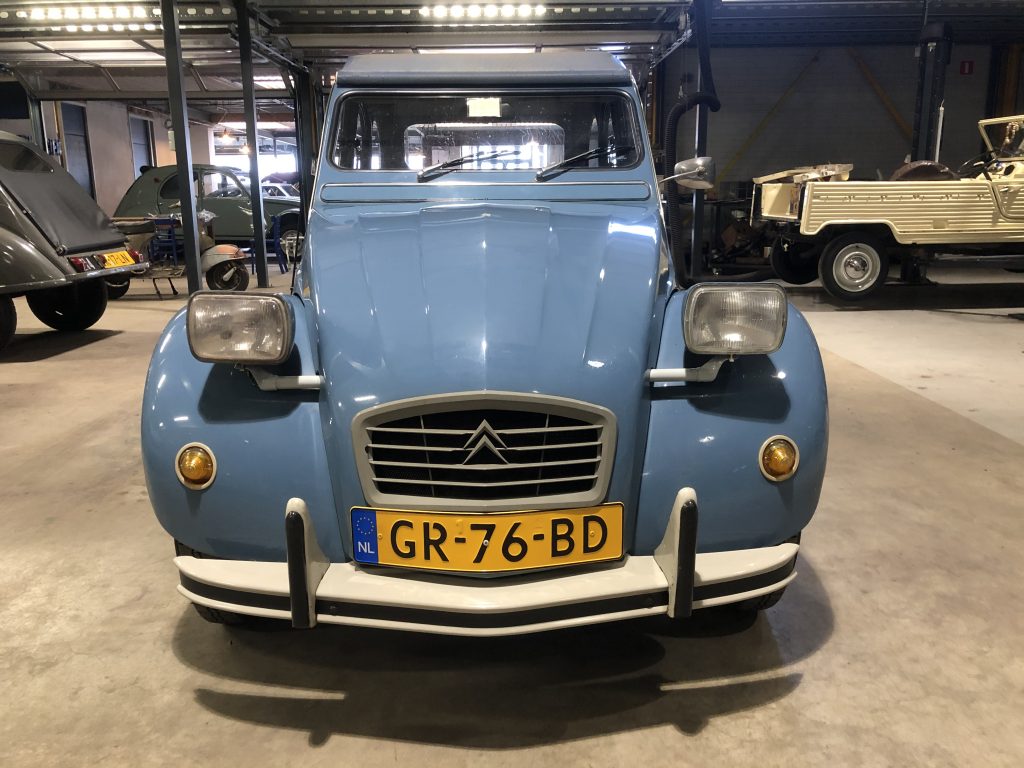 Stories from tradition, without proof, but beautiful nonetheless. Should you tell them or keep them to yourself …

In 1981, a young lady obtained her driver’s license and her father gave her a car. A beautiful blue 2cv, with blue fabric upholstery. They went out together and probably experienced all kinds of adventures. Years later, when the lady became a mother, her father thought it was time for more sensible transport. Fortunately, he was also so sentimental about it, that he kept the 2cv in the barn.

Years later, it ended up in someone else’s barn once or twice, after which a colleague of ours found it. Still with the old number plates, as a sign of a considerable period of hibernation. It didn’t take much effort to wake it up again.

Some traces of use and also from the storage. Some spots have been touched up, the original roof has faded somewhat and the original, delicate upholstery has some holes.

But it still looks so cool and coherent. The number plates, tires, fluids and clutch are ready for the future. We leave the choice whether or not to replace the interior and other matters up to you, but we are happy to guide you.

The price includes a full service, 123 ignition, new APK and a full tank of petrol.