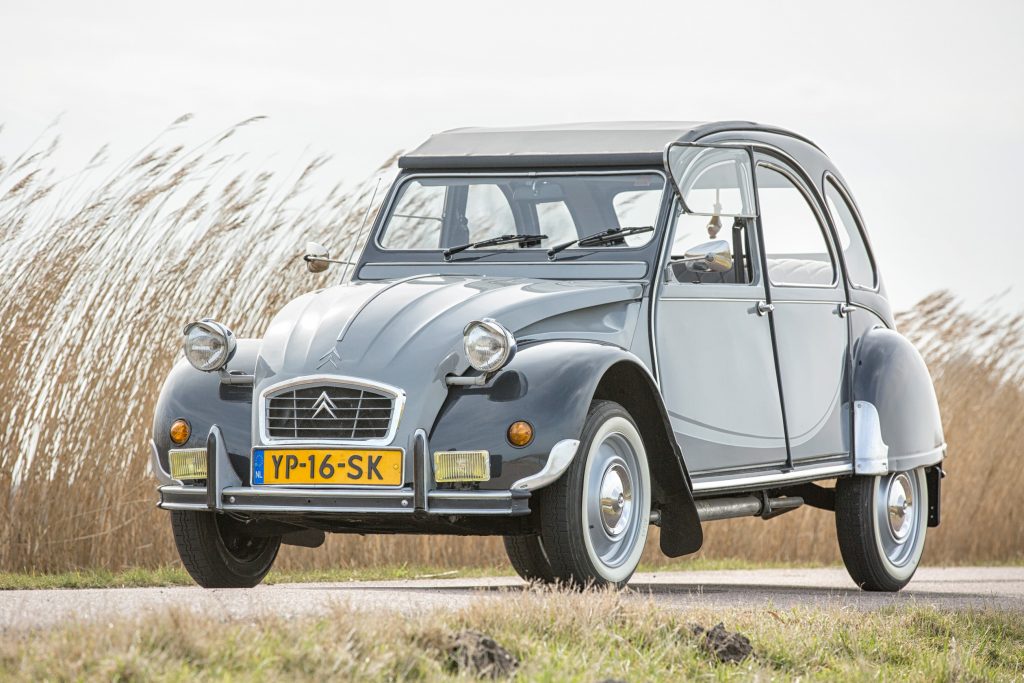 This car was bought by its first owner during a visit to his sister near Dusseldorf. 2CVs were already becoming more scarce in the Netherlands, especially the mode luxurious models. Only in the 90s did this car get a Dutch license plate, and after that it was driven around once on a while – first a few circles around the church in Assen, later around the church in Wassenaar.

More time was spent on altering the 2CV to its owner’s liking. Robri’s, trim, extra lamps, white walls, a towbar; even alu window frames taken from an AZAM were mounted. In France they called it enjoliveurs, but perhaps you’ll find the word prettier than the final result – in which case, we also have a “bare” exemplar in stock.

2CVs were often altered to personal taste: from decorations, to paint work, to rebuilding for camping purposes. People even organized special meetings for it, in Beusichem. As a non-car among cars, 2cvs do make a good canvas for added creativity.

If this car speaks to you, feel free to come by to admire it. The old owner would love to meet the next owner, if so desired. Want to partly de-alter it, or alter it even further? We will be happy to exchange thoughts.

We deliver this car ready for the road.