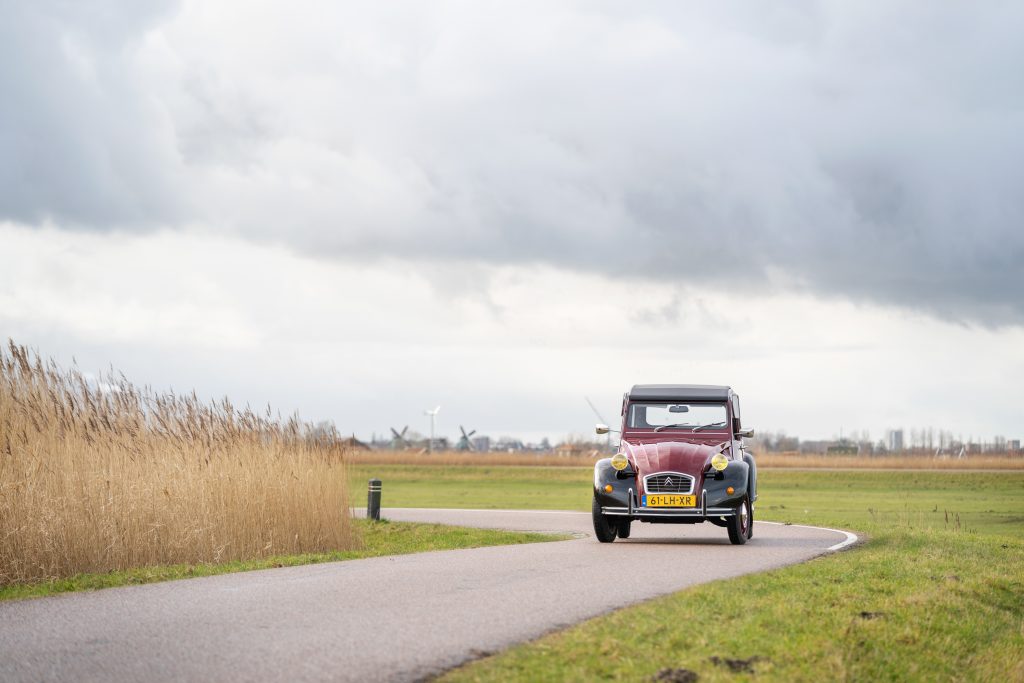 The Charleston was introduced in the early ’81. A classy bi-coloured version with a slightly more luxurious finish.

It was intended as a temporary model, but became such a success that Citroën decided to include it permanently in the program. Ultimately until the end of production, in the meantime supplemented with a yellow / black and grey / grey version.

This is one of the first copies of the second series, with chrome headlights, disc brakes and based on a red body, which later turned black.

On November 11, 1981 garage Karl Bast from Frankenthal delivered this Charleston to Mr. Neubauer from Flomersheim. Both villages are close to Mannheim, 3 km apart.

The Bast firm was a Citroën dealer at the time and remained so until 1994. Then they switched to Hyundai. Even now a universal garage is located at the same address, belonging to Wolfgang Bast, possibly a (grand) son.

Mr. Neubauer continued to drive the car until 1999 and had it maintained faithfully at Bast, all invoices are still present. Major repairs never had to be done, because the kilometers did not really fly. In 1999 the counter was at about 25,000 km. Then it was in the shed for a while, after which we were able to buy it in 2002, through a colleague.

The car was still in near mint condition and quickly found a new owner within our clientele. Here too it was enjoyed, but again in moderation. The mileage climbed 21,000km in 18 years. The Charleston remained in very good condition, with only a few minor signs of its age and use.

Of course it got a new set of tires, battery, exhaust and brake cylinders during the years. Now the upholstery fabric had had its day, so we replaced it. We also replace the clutch, because the springs were getting weak; it did not get to real wear.

If the next owner continues like this, 00000 will not show any earlier than 2068, a good life expectancy. I will try to still be there to service it …