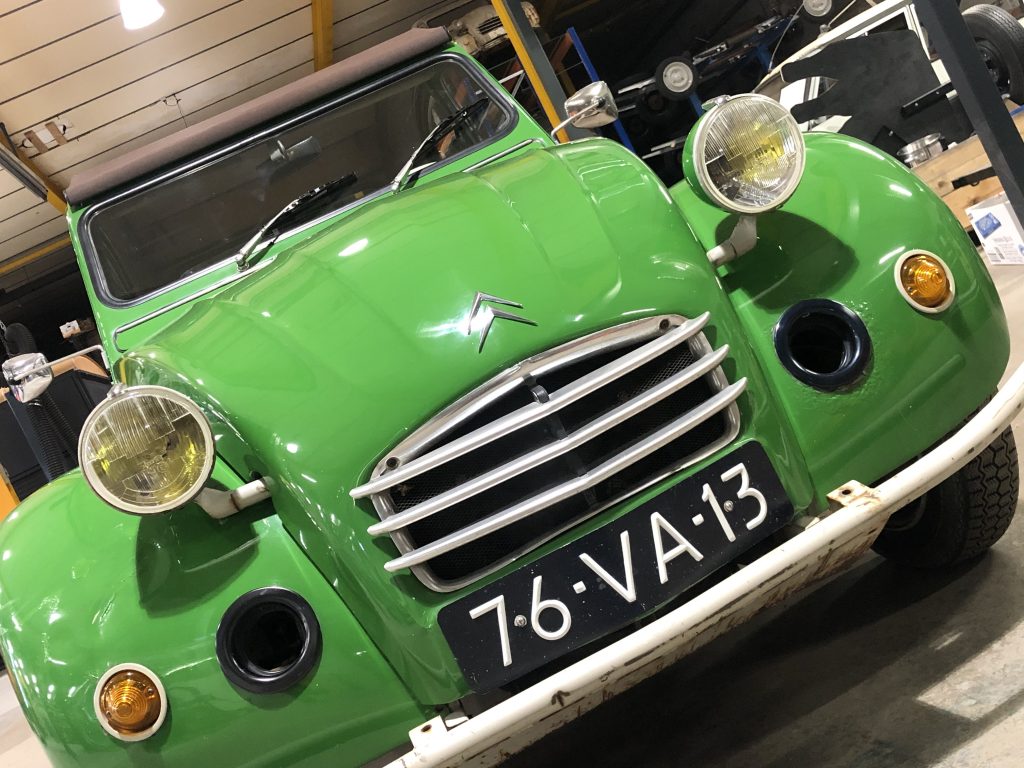 Many people have a car that they dream of, including us. A few years ago one of our employees thought it should happen. He wanted to build his ultimate 2cv, suitable for quite a variety of uses, in his favorite color and with all kinds of details that he liked. A dream 2cv.

A galvanized Wheels chassis was used as this is the strongest frame you can get. The car wouldn’t be used just for commuting, it also had to be ready for the Sahara. The body was built completely new and painted in beautiful seventies-green. The third side window disappeared because it looked classic. The rear light panel of a sixties 2cv was used, with the small rear lights. The Belgian flashing lights on the side were the icing on the cake. Originality was not the guideline, it just had to be completely to his taste.

The old-style hammock benches were chosen for the interior, classic, light and airy. They would also be handy at the campfire in Africa. The dashboard and steering wheel were borrowed from an older type. A modified engine of 850cc came in, with a brutal power, the holes in the front were for extra cooling. Nice to burn rubber. The rear wings are made of kevlar, the bumpers of rigid steel.

It has been used daily for some years, has traveled through the Sahara to Benin, did some off-road adventures and has been to many meetings.

In the end, standard engine and gearbox came in again, which drive just fine. Slightly less powerful, but also with less noise, it now runs great and reliable. The construction is still in excellent condition, which has not suffered from the heavy work. The exterior here and there has. A dent here, a scratch there, a rust spot on the front fender; at least you can see it has lived.

A dream that has come true is usually replaced by a new dream. Another A-type came and there are big plans with it. Perhaps an opportunity for you, if you recognize your dream car in this cool 2cv !