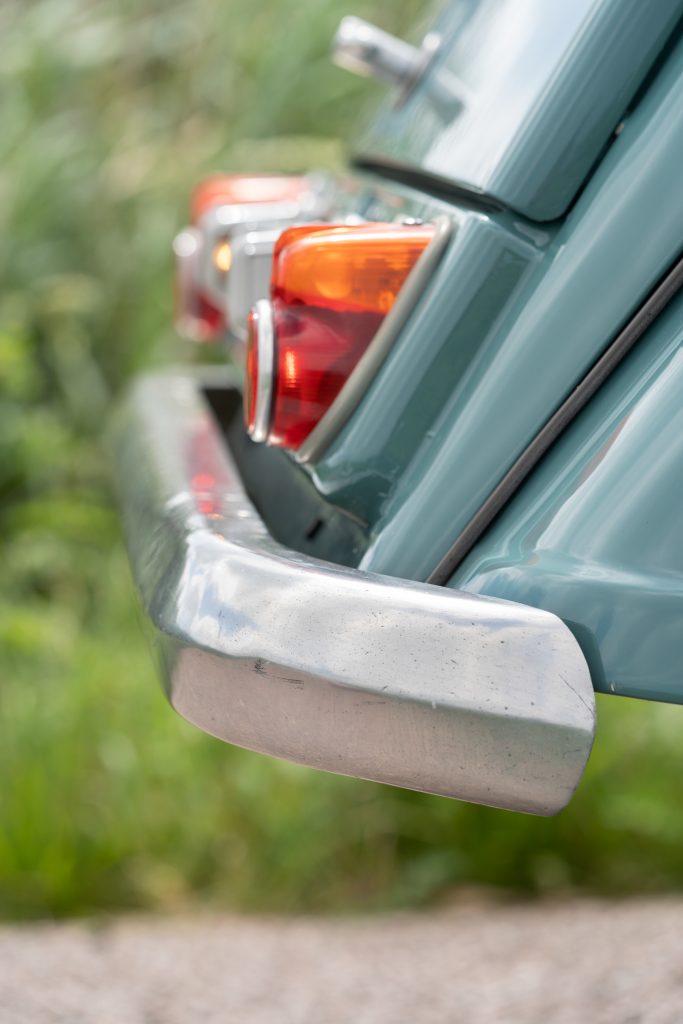 In the 1950s and 1960s 2cvs for the Benelux were made in the Belgian city of Forest. These models, sometimes adapted to local requirements, were also sold in other European countries and the US. These markets were apparently slightly more demanding than the French, as there was a wider choice of models and colors.

For example, the AZL was introduced in the 1950s. A more luxurious 2cv with shiny details, aluminum bumpers and – for the first time – a tailgate. Later it became the AZL3, where the number stood for the third side window that – also for the first time – was applied to a 2cv. The French cars would not get this until much later.

In ’61 a model was introduced between the simple AZ and the luxurious AZL; the AZLS Luxury Simplifiée. That was soon shortened to AZS. It had less trim, no card pockets in the doors and no third side window.

But it had trim on the sills, hubcaps and the specific aluminum bumpers. Locally produced parts were used for the Belgian models, such as the glass, lighting, rims and upholstery, often with a different print, as with this car.

The colors often deviated from the French program. This car is painted in Vert Mélèze – a DS color – which looks bright and fresh on it.

In ’98 it was restored and repainted on a good basis with few kilometres. The restoration withstood the time quite well. Nevertheless, it was recently decided to renew the chassis, for a new original one. Many original details have been preserved, such as the original roof with brackets at the front, the original and rare upholstery, with some wear. It also still has the other specific parts mentioned above.

It makes it a very beautifully preserved 2cv ( goat, in Flemish) in a model that used to populate the Dutch and Belgian streets, but is now almost extinct.

However, we didn’t think its speed, or lack of it, matched its fresh appearance, nor did with the wish to use it often. So we did what used to be done; we tuned it. Period-correct of course, with a set of pistons and cylinders of 533cc and a modified carburetor. You won’t see it, but you definitely feel it! At least now you can stay ahead of the trucks!