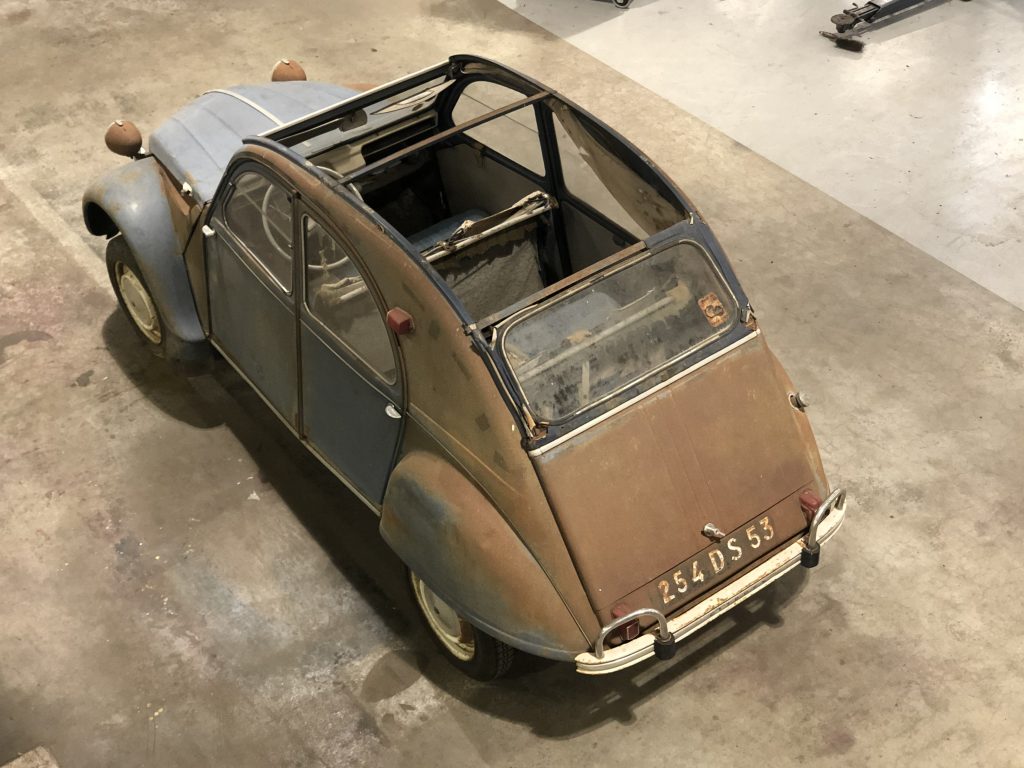 Where in modern life change and development are the norm, at times it seems wise to stand still. Contemplate on things you take for granted and other philosophical considerations, but also see the beauty of situations that hardly change, or only very slowly.

This 2cv is an example of this slow life. Born in Paris, then moved 250 km to the west. In the Mayenne, just next to Le Mans, it was registered in ’64 and has stayed there until recently. According to the stickers on the windshield, it was used until ’83, for 47,000 km, nothing far, just circling around the church. A low average per year in its active life, but after this its life became really slow.

35 years of sleep. 35 years of gathering dust very slowly, housing mice, building nests with the interior fabric in the chassis. The holes in the benches and chassis plate are witnesses of this. The thin original paint that gives in very slowly. In a barn in the French countryside, where time seems to have stood still.

One could look at the result and think about iron recycling. Another thinks it can be turned into something really beautiful and shiny again. Yet another person thinks he would like to honor slowness by preserving this monument. To retain as much as possible and to intervene as little as the lack of metal and usage requirements allow. We feel most for the last option and would like to contribute to that. Shall we pay this tribute together?