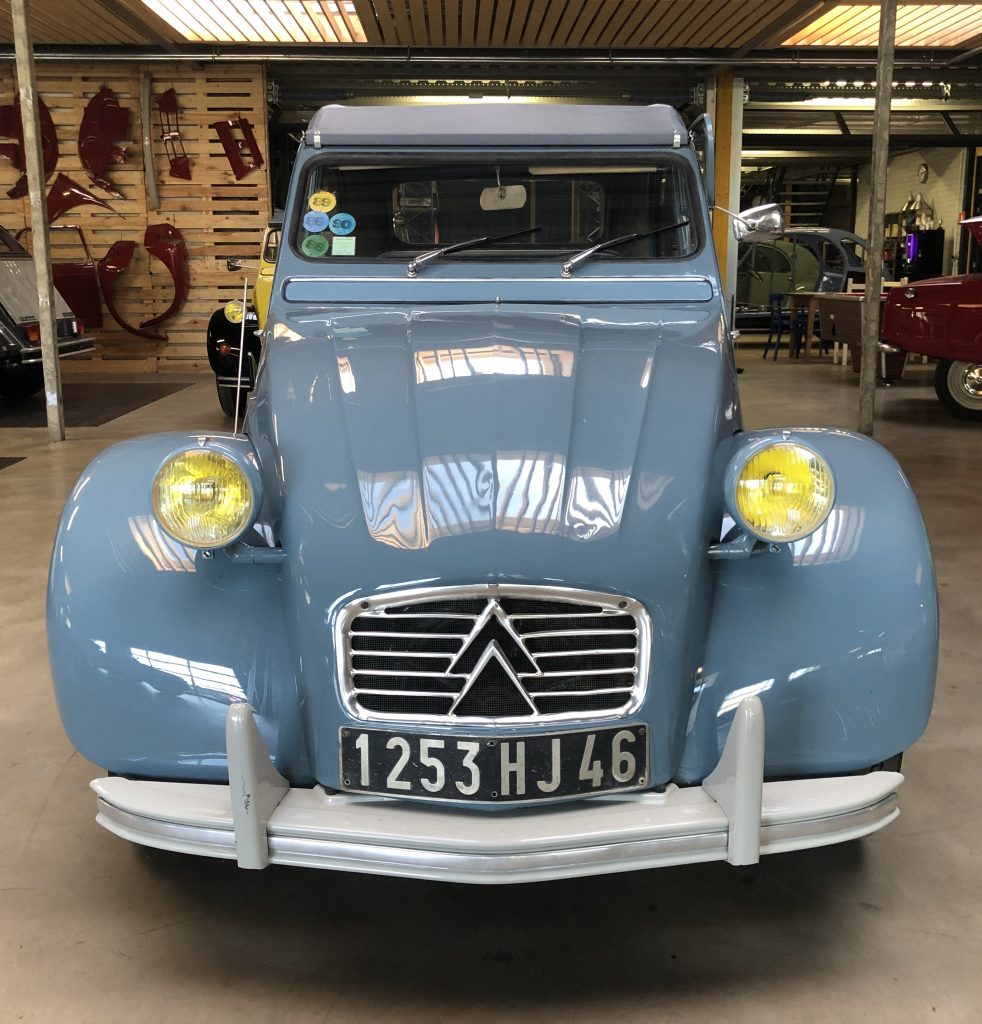 Denis Pradal bought this 2cv in ’63. For private use, but also for business. The accompanying brochure told him the advantages of this 2cv Mixte. Due to its larger tailgate, folding rear seat and flat loading floor, it was well suited as a commercial vehicle. But also for the family weekends, even with the roof open.

He first lived in the Lot-et-Garonne department, but later moved to Pescadoires in the Lot, right along the river of the same name. The department border is less than a kilometer away, so it will not have been a major move.

Maintenance was neatly recorded in the instruction booklet. He and his wife used the car until the late 1980’s, when the centrifugal clutch broke.

In ’90 it was found by a Dutch lady, on holiday nearby and secretly looking for a nice 2cv. The car was bought, the broken part was found after a long search through the Citroën dealer. Car and part were joined locally, after which they made the trip to the Netherlands.

At home, they drove a short tour, after which the 2cv was dismantled in the barn in order to leave when it was like new again. In 1993, an interview in the local newspaper stated that the project was progressing well. And from time to time, even recently, steps were taken. But some weeks ago the decision was made that someone else may finish it.

We picked it up and got the engine running again, it runs perfectly and the first test-drive, braking on the handbrake, is made.Now it is our challenge to find a new enthusiast for it. It has been restored to the standard of the early 1990s, when knowledge and materials were still scarce, but the passion was already quite present. It can really become a nice car, by putting some dots on the i and tackling some technical matters (again). Very feasible, also for a hobbyist. Or we do it for you.

The price is based on the condition it is in now, on French registration, with papers. It already has new tires, roof, interior, and much more. There is no more welding to be done, the paint was renewed at the time.