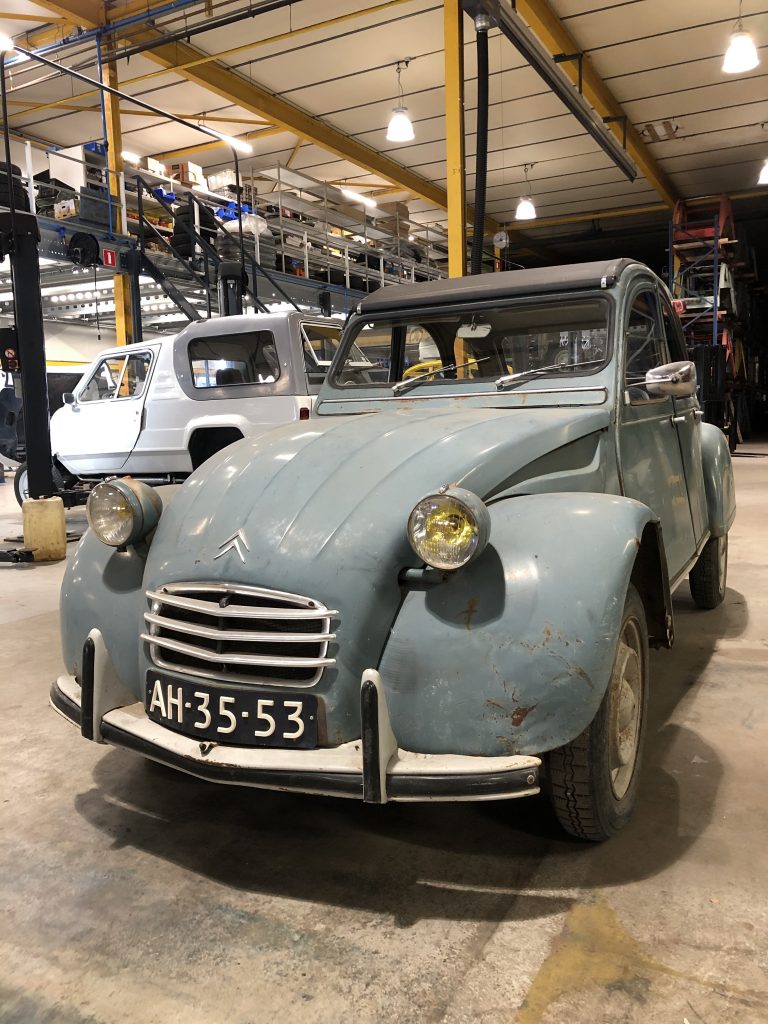 “Garage Simon, Villeneuve sur Lot”, tells the sticker on the back of this 2cv. Mr. Simon must have been the local Citroën dealer. He pointed the first owner to the undeniable benefits of a 2cv, which could be further enhanced with the ENAC accessories.

ENAC supplied a floor plate, frame for hinging the rear window with the tailgate, a folding rear seat and a rack for placing the spare wheel under the bonnet. This made it a commercially usable car, which again offered a tax advantage. The load weights in that case had to be stated on the side.

This Commerciale-set could be ordered directly from the dealer. Business was done with it during the week; the family could go out with it in the weekend.

The 2cv spent the previous century in the Lot. At the beginning of this century it came to the Netherlands, was imported and technically serviced. The new owner then took it to his house in the Vaucluse. Here it was used during holidays but was stopped by a bad battery. It awaited a new life in the barn. We were introduced to the car and took it back to the Netherlands.

Where Disney attributes human characteristics and emotions to animals, I secretly do this with cars. I think this 2cv has a naughty appearance, frolic if you like. It radiates it’s ready for a new adventure, in which we would like it to stay in its current state as much as possible. Its weathered look in this beautiful green looks good on it. The floors, technology and interior do need some work, but it is a doable project.

The first sign of new life was given quickly, the engine started within 10 minutes, without giving any smoke. Very encouraging. How and with whom will its live continue?