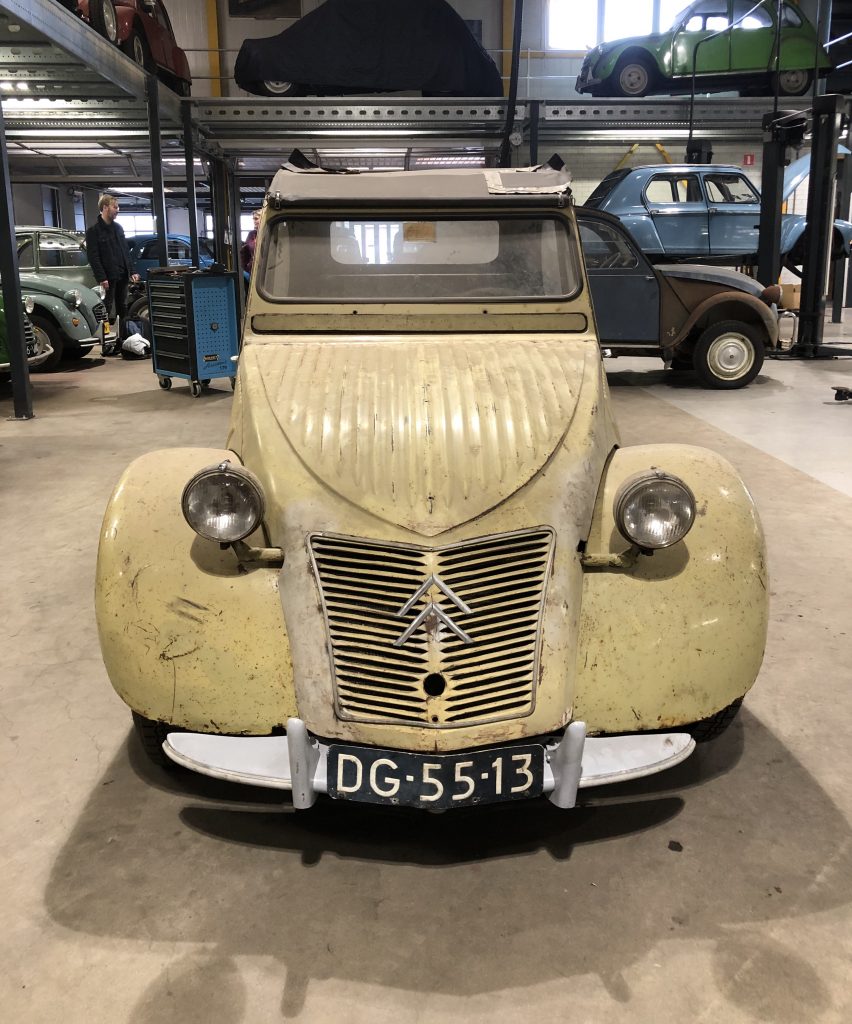 Every collection has a start. Mine – and eventually my garage – started with a ’82 2cv6 Spécial Bleu Lagune. I bought it in ’92 and still have it.

This 2cv was bought in the early 1970s by a collector-to-be in the Netherlands. He drove it, loved it and became seriously Citrophile. This one was followed by many more A-types, DSs and almost every model that was made in the second half of the last century. He found them all over Europe, but especially in France. Some time ago we already helped to transfer part of the collection to new owners. A few years ago we also cleaned up a large part of the barn. Besides many parts, this 2cv was also there, in parts. We loved it and took it with us.

Once – in the 1980s – there was a plan to restore it. All parts were neatly sorted in a rack and then the project came to a halt. Almost 40 years later we took the stuff out of the rack and put it back together again. A few parts have been lost or used for another car, but it is almost complete.

It has some rust on the panels. Should it be left as it is as much as possible or do you restore it? The bottom and chassis can be repaired easily, we will find the missing parts. But almost all are choices that you can only make once, after all it is only original once. We trust our own compass quite well in such choices, but we find it much more fun to do it together with a new owner.

Built in Belgium, with all specific Belgian details. The simplest model, the more luxurious ones had trim strips and aluminum bumpers. But in a great colour, where the French ripple bonnets were only available in 3 shades of grey or grey-blue. An original Dutch ripple bonnet. How often do you come across that? Well, very rarely! So take your chance, if this is your dream.

It is our very strong preference that this 2cv stays in the Netherlands, so Dutchies; go for it!