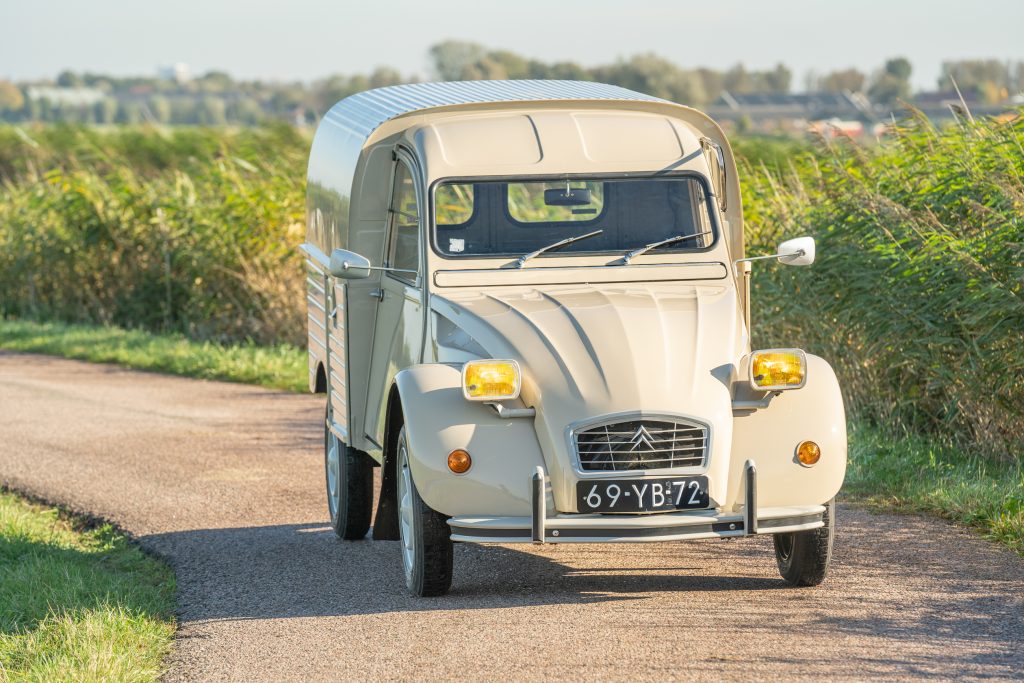 At December 29th ’75 this 2cv saw its first light, Januari 7th it was delivered and February 17th it took off on the road. These roads were mostly situated around Plouha, French Brittany. It was the service van of the College d’Enseignement Secondaire Nationalisé Mixte.

The concierge, mister Guillochet, and his colleagues drove it for 11.000km’s until ’91. Every kilometer and destination was logged in the logbook, and we’ve got it with the car! After that it retired and went home with mister Guillochet. Not earlier then in 2010 he decided to part from it, a friend of ours bought it and passed it on to us.

Several parts had suffered somewhat, so we decided-together with the new owner- to replace a minimum of them and have it resprayed. Since it was finished it mostly rested, in the company of some other 2cv’s.

And now it still does, in our showroom. It’s equipped with the 24HP-strong 435cc-engine and it’s a rather rare Tolée-version, without side windows. More beautiful than this 250 will be rather hard to find.